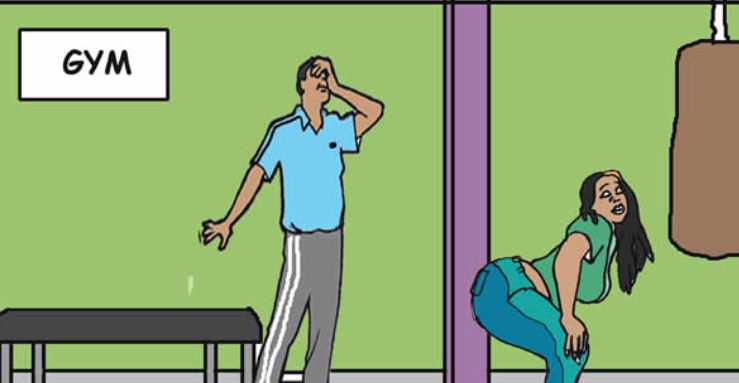 Infidelity, which is the action of being unfaithful to a spouse, is probably as old as marriage itself.

In the past, people used to think men have an irreversible reputation for being unfaithful, but studies have shown that women also cheat on their husbands just as much.

However, the difference, according to studies, is that women are more discreet when they cheat on their men and they are not likely to be caught. And of course, they would not boast about it, unlike men, some of who believe it elevates their status.

The havoc infidelity wreaks in homes can be huge, because it is often seen as betrayal of trust, but findings have also shown that the act is not always deliberate, which makes such persons to feel guilty when caught, mainly because it could have been avoided. This is even more important as it has been established that men hardly forgive their cheating spouse.

Thus, here are tips to help couples overcome the temptation of cheating on their spouses:

Be open with your spouse: For people who are genuinely not interested in extramarital affairs, experts say when they start liking someone of the opposite sex, or when someone of the opposite sex starts getting too close or sending questionable signals, they should inform their spouse about it. This, they said, would put them in check. A psychologist, Dr. Eze John Eze, said people should be open to their partners about any fresh encounter or funny moves from people of the opposite sex. “The best thing is to tell your partner yourself, there is no need hiding it and don’t wait till they find out; openness is very important,” he added. Also, a United States-based philosopher, Dr. Mark White, said confiding in a partner that there is such possibility lurking around the corner might be a difficult strategy, but it helps. He said, “No one is saying it’s easy to admit to your partner that you are tempted by (not merely attracted to) another person, but if you feel yourself succumbing to the temptation, then it is likely to hurt your partner one way or the other—but the pain will certainly be less if you tell him or her when it’s just temptation and not after it’s a fait accompli. Your partner may be hurt, of course, but hopefully he or she will also be grateful that you felt comfortable enough to be open about it rather than doing something that the relationship could not survive.”

Keep away from that individual: One other way to stay faithful to a partner is to avoid the source of the temptation (the individual), because constant contact would likely increase the pressure on the person’s resolve, which is usually, naturally limited. Eze said, “Once you realise that you have a soft spot for someone of the opposite sex, the best thing is to keep away as much as possible from that individual.” Also, using an illustration, White said people in such a situation should avoid such a person the same way alcoholics avoid bars and dieters avoid bakeries. He added, “Unless you are a celebrity or a politician, the source of temptation is usually one particular person, which, in theory, should make it easier to avoid temptation. But in reality, that person is likely someone who is hard to avoid, such as a co-worker, customer, client, neighbour or friend. Nonetheless, do the best you can to avoid them, especially in private, and don’t fool yourself into thinking that you can be alone with this person if you know in your heart that you can’t.”

Remind yourself of the consequences: Given the common saying that betrayal of trust is hard to repair, perhaps one good way married persons can overcome temptation to cheat on their spouse is the harm it could to do to their partner, the relationship, their children, image, sexual health – in terms of sexually transmitted diseases – and even any child (in case) that could result from such a relationship. White said, “Adulterers often fool themselves into thinking that this time will be the only time, or the last time. This could be true, of course, although unlikely. Consider that if you give in to temptation this time, you are more likely to give in the next time, and before you know it, you’ve established a pattern. But if you anticipate that pattern from the beginning, and realise how bad the consequences of it will be, you’ll be more likely to stop it before it starts.”

Make sure you don’t start at all: No doubt, this is already late for some people, but for those who have yet to start and those who have stopped, experts have advised that it is better not to start at all. White said, “This is often seen as the least satisfying answer, but we underestimate our own power to resist temptation through sheer force of will. Of course, our willpower is not limitless and it can easily be exhausted by other mental or physical exertions. Nonetheless it is possible to do in many cases, and when other, cleverer methods for avoiding temptation are not available, it’ll be up to your will—and you’d better have it.” He explained that there were many lessons one could borrow from the literature on self-control, weakness of will, and procrastination that might help the perpetually tempted yet well-intentioned person stay faithful to his or her partner. “Just remember that it’s natural to be tempted, and it’s human to be weak, but it’s your responsibility, to yourself as well as your partner, to resist that temptation,” he added.

Talk to a trusted friend: Findings have shown that talking to a friend, counsellor, religious leader, or anyone who knows better could help. This is because they could have passed through such or they could know a better way to deal with it, and this should be done before ‘anything’ happens and not after, because once it has happened before, it might happen again. White said, “Find someone you can be open with and who understands why you are tempted, and he or she may be available to talk you out of it,” he said, adding that giving the person updates on improvements could also help. “Social support and pressure, whether from friends or strangers, can be enormously helpful in fighting temptation,” he added.

Confide in your partner if ‘anything’ happens: This might be a hard step to take, especially with the usual feeling that such things are better kept in the secret. But, according to experts, this could be dangerous, because not only would it give the person the freedom to do it again, since no one found out about the last one, but also that it would be more difficult to deal with if the partner finds out on their own. Eze said, “The best thing in this case is to confide in a partner immediately, instead of hiding it, because the more you hide it and if he or she is the type that wants to blackmail you, once that person realises you are hiding it, the person might keep pressurising you for more. But once the person knows that your partner is aware, they might no longer be on your neck.” When asked if it would not be ‘suicidal’ telling a partner of an illicit affair, Eze said even though it might seem like the person might not be able to accommodate it,  that it is better. “Not that the person won’t be angry at the initial moment, but it is easier for the person to adjust than to find out on their own; the worst thing is to keep hiding it,” he added.

Meet such persons in the open: Beyond avoiding the person, people who are having soft spot for an opposite sex are also advised not to meet with them in lonely places. Eze said, “If it’s unnecessary, avoid meeting with the person where something might happen. For example, let us assume that a co-worker is supposed to meet with the individual in a hotel, he could go with the wife. If the person knows that the partner is around, she’s more likely to be more restrained. It’s not a guarantee that the person would not attempt it, but the person would be restrained.” He said if the person on the other side is the one showing interest, going to such a meeting with a spouse could show the person that there is a commitment to the partner, which could deter such a person.