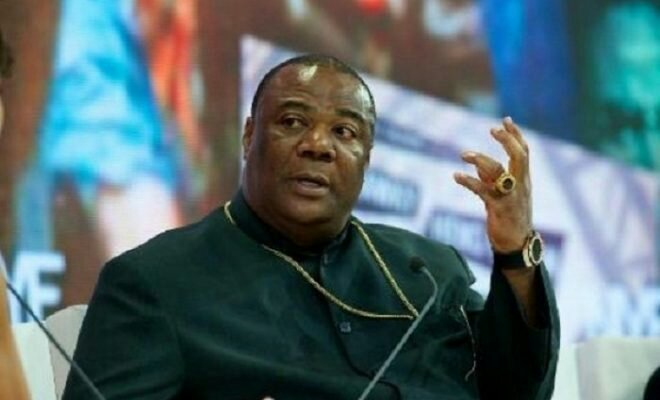 While delivering a sermon to his congregation on Palm Sunday, Archbishop Nicholas Duncan-Williams advised ladies on how to treat their husband-to-be if they don’t want to remain single in life.

He advice ladies to show respect by referring to such a man as ‘my lord’ cos men are moved by such. He further spoke on the consequence of always having fights with the man they are dating. He said such attitude or experience is an indication that a marriage between them will not work.

“Because if you marry him, it won’t work. You can quote all the scriptures in this world and say the two shall be one, it will not work.The need of every man is respect and adoration. You have to adore him: ‘mi wura’, ‘ntse’, my lord,” Archbishop Duncan-Williams said.

“If you can’t call him ‘mi wura’, ‘ntse’, my lord, don’t marry him, it’s not going to work because men are wired in that way to feel respected, to be adored and to be praised. So, if you are the type, you don’t respect a man and you bring the devil out of him and not the king out of him, don’t marry him,” he warned again.