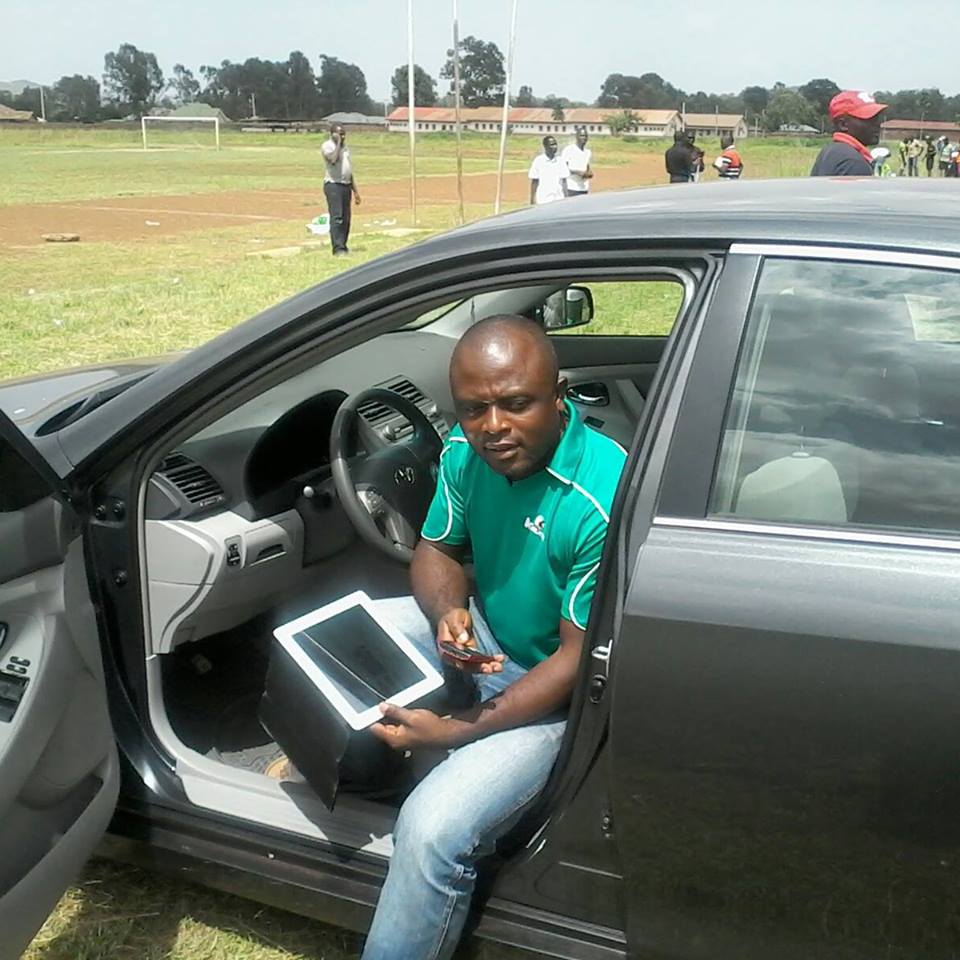 A radio presenter, Ferdinand Mbum has been abducted by persons suspected to be thugs loyal to Plateau United Supporters Club who invaded the premises of Jay 101.9 FM in Jos and forcefully took him away.

According to a report by Punch, the incident reportedly happened about 6:25pm after a magazine sports show called “Sports Extra.”

The thugs were said to have been led by the chairman of PUSC, Mallam Audu.

It was gathered that the thugs came in a black Honda Accord and a Peugeot 406 Wagon which was branded with 4+4 and Lalong Boys, with the photograph of the Plateau State Governor, Simon Lalong, boldly inscribed on it.

The management of the radio station has demanded apology from Plateau United, failing which it said it would seek redress in court.

In a statement released on on Sunday by the Station Manager, Jay FM Jos, Mangna Wamyil, said the incident has been reported at the Motor Traffic Division, Anglo Jos of the Nigeria Police.

Jay 101.9 FM also called on the Plateau State Commissioner of Police, Andie Undie, to arrest and prosecute the culprits.

The statement reads: “Without equivocation, we want to use the occasion to demand within 24 hours, an unreserved apology from the General Manager of Plateau United Football Club on whose instructions the thugs seemingly acted.

“The apology must be conveyed to us in writing, published in three (3) national dailies of repute, and broadcast on three radio stations in Jos, Plateau State.

“Failure to do that, we have instructed our lawyers to file a case of abuse of fundamental human rights and other charges against him and the football club.”

The radio station however said its lawyers were able to trace Ferdinand Mbum to the A Division of the Nigeria Police Force, where the thugs had taken him to.

“At the Division, he was immediately detained by the police, who turned a blind eye to his abductors who ought to have been arrested for taking laws into their hands, thereby assaulting and abducting Ferdinand Mbum.”

Consequently, a complaint of defamation of character and other undetermined allegations were instituted against him.

When contacted, the spokesperson of Plateau State Police Command, Matthias Tyopev, an Assistant Superintendent of Police, confirmed that Ferdinand and his abductors were in the police station.

“Ferdinand Obum was released to a surety. They will all return here on Monday.”

The Media Officer of Plateau United, Albert Dakup, said the incident was unfortunate.

He said, “The alleged physical assault by one Mallam Audu was not on the orders of the General Manager as being speculated by a section of the media.

“The GM is also using this opportunity to apologise to Ferdinand Mbum and the management of Jay FM 101.9 FM Jos over the unfortunate incident.”

Ferdinand Mbum gives account of how the incident happened:

I wish to sincerely thank my employers, Jay101.9fm, the National President, Sports Writers Association of Nigeria, SWAN, Comrade Honour Sirawo and all my Professional Colleagues for standing by me in the period of my issues with demons in ship clothing.

He sent thugs who were led by the Chairman of Plateau United Football Club Supporters Club, a certain fellow by the name Mallam Audu to harass me for carrying out my legitimate duties which I constitutionally owe members of the public as a Journalist.

The thugs beat me up and kidnapped me in full glare of the public in a sort of commando-style operation and I later found myself at the A Division Police Station in Jos.That was when I knew it was Pius Henwan who sent them to beat me and abduct me as he suddenly appeared and gave a statement saying I defamed him.during my radio show earlier same day.

I also gave my statement at the Police station.

I was later bailed by my employers.

Meanwhile, my employers, Jay101.9fm had reported the battery and abduction case to a separate Police Station.

I have also briefed my attorneys and they would take it up from there.

I am heavily disappointed that the Plateau State Chairman of SWAN can go about making comments social media that I am a non-registered member of SWAN.

For the records,I am a registered member of Sports Writers Association pf Nigeria and am up date with my dues.

He is only being mischievous and I don’t know what he stands to gain by making comment.

For avoidance of doubt, our colleagues scattered all over the Social Media can confirm by mailing the National President, SWAN, HONOUR SIRAWO on honsira72@yahoo.com.

I joined SWAN for the first time in 2002 and have not fallen short of the standard required of me in the discharge of my Professional responsibilities.

I feel it is necessary to allow the body know my travails and I have done that already.

Share
Facebook
Twitter
WhatsApp
Previous articlePalm Sunday: The Message Pope Francis Sent To Youths Across The World
Next articleOluwo Of Iwo At War With Yoruba Imams Over Waziri Title
- Advertisement -