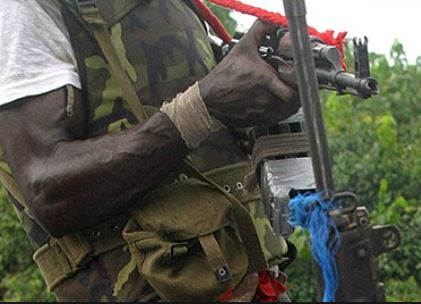 Unknown gunmen have shot dead a leader of the All Progressives Congress in Edo State, Mr. Samson Sedi, in the Etsako West Local Government Area of the state.

It was gathered that Sedi, who was the youth leader of the APC in the area, was killed in Jattu on Wednesday.

The state Commissioner of Police, Mr. Johnson Kokumo, confirmed the incident to our correspondent on Thursday.

According to a source, the deceased, also known as “Power Remain,” died after he was attacked by suspected armed robbers at an NNPC mega station in Jattu.

But Kokumo said that the incident was being investigated as a case of murder as the victim was not dispossessed of his belongings.

The police commissioner said, “We are investigating a murder case. We are not investigating armed robbery. Nobody was dispossessed in this particular case.

“So, what we are investigating is murder and not armed robbery. We have set things in motion. Our men are out there and I assure you that, with intelligence-led policing, we will soon bring the culprits to book.”

Governor Godwin Obaseki, who condemned the killing, described it as shocking.

Obaseki, in a statement by his Special Adviser on Media and Communication Strategy, Crusoe Osagie, also ordered the arrest and prosecution of the killers.