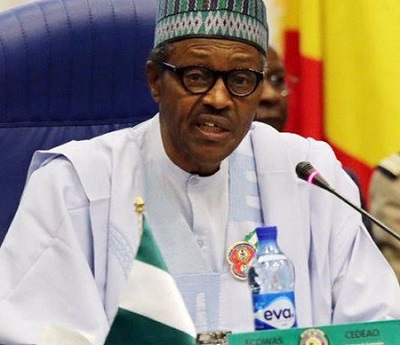 No fewer than 67 senators have endorsed the move by the apex legislative chamber to override President Muhammadu Buhari’s veto on the Electoral Act Amendment Bill 2018, New Telegraph has reported.

According to the report, a source in the apex legislative chamber disclosed that 67 senators had already signed a Pro-Senate register seeking to override the veto. The source claimed that the number of signatures in the register had increased from the initial 63 last week to 67, expressing optimism that the number might exceed the twothirds requirement, which is 73 senators.

The breakdown of the senators who have signed to override the President shows: 10 senators from South-West; 15 from South- South; 13 from South-East, 12 from North-Central, 10 from North-East and seven from the North-West. Their identity is being kept as top secret. The source noted that some senators, for fear of victimization, were sitting on the fence, claiming that those in this category were more than 20, whom the source said that the pro- Senate faction was working hard to win to its side in the override task.

This is happening in spite of the intervention of the National Working Committee (NWC) of the All Progressives Congress (APC), seeking to stop the National Assembly from going ahead with the plan to use its constitutional powers to defeat Buhari’s veto. It was learnt that the senators and members of the House of Representatives were yet to see concrete evidence of the party to sincerely achieve peace between the National Assembly and the Presidency after the visit of the Chief John Odigie-Oyegun-led NWC to the legislative chambers.

Buhari had withheld assent to the bill, claiming that its passage would infringe on the constitutional powers of the Independent National Electoral Commission (INEC) as well as portray the National Assembly as legislating for the states on local government management, contrary to the 1999 Constitution which empowers the state assemblies to make laws for the state. However, further in quiries by New Telegraph showed that the Legal Department of the National Assembly had faulted all the points raised by President Buhari in vetoing the bill.

Consequently, the Legal Department asked the National Assembly to disregard the constitutional questions raised by the President and carry on with the planned throwing out of his veto if it wishes to do so. Furthermore, our correspondent learnt from a source close to the Senate leadership that based on this legal advice, the National Assembly members had started collating signatures on a possible override of the Buhari’s veto. Since the Senate passed the controversial amendments to the Electoral Act Amendment Bill 2018 on February 14, the chamber had been divided into two factions namely:

The pro- Buhari Senators who now operate under the umbrella of Presidential Support Group (PSG) and the pro- Senate Group. Reliable sources told New Telegraph that the Pro-Senate wing was currently enjoying the majority so far while hinting that the Pro-Buhari Senators were also unrelenting in their quest to truncate the override plan.It was, however, learnt that as at yesterday, the number of senators in this group was 15, contrary to speculations peddled in the media that they had got up to 49 members. A source told our correspondent that the struggle was full of horse trading and a lot of intrigues, disclosing that the pro-Senate Group had infiltrated the ranks of the pro-Buhari group to give them a false sense of hope.

“This is politics; a lot of intrigues have come into play and that is why you are hearing different claims from the pro-Buhari Group of senators. But I can assure you that when the chips are down, you will see how it will go. The Pro-Buhari group is having a false sense of improvement in their numerical strength, but the senators know where they really belong,” the source said.

Another source stated: “A meeting of the pro- Senate group held in Lagos after the wedding party of the daughter of Africa’s richest man, Aliko Dangote, in Lagos at the weekend. The meeting afforded the pro-Senate Senators the opportunity to review the register and it was affirmed that 67 senators have so far signed.”

Meanwhile, one of the sources who attended the pro-Senate Group meeting at the weekend in Lagos during Dangote’s daughter’s wedding, said that at least three Senior Advocates of Nigeria (SANs) joined the Senators at the meeting and that it was adopted that the interpretation of the law is that the two-thirds majority of those present in each chamber would be required and not two-thirds majority of all members of the Senate in the course of voting to override Mr. President’s veto.

Another source said: “The plan for the overriding votes may start this week as the Senate leadership is sure they now have “very sufficient” numbers to act and get the desired results.

“Those who think they control South-West senators will have a shocker of their lives. At least 10 Senators from that zone will vote for the amendment; 15 from South-South; 13 from South-East, 12 from North-Central, 10 from North-East and seven from the North-West. “That is the zonal classification of those who have signed so far. We will get more from those who are still sitting on the fence.

The recent position of Gen. T.Y. Danjuma and the Coalition of Northern Groups are helping to win more sympathizers for the Pro-Senate group.”