Ellen DeGeneres came out as gay on TV in 1997. She has now spoken out about the reaction she received and how it made her feel.

She came out on an episode of her ABC sitcom and it made history because, at the time, people were not as accepting of the LGBTQ community as they are now. 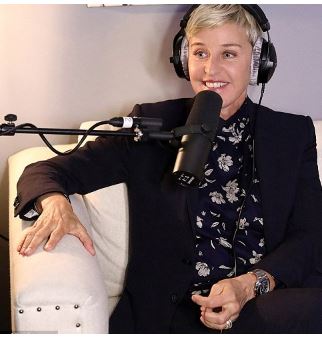 Speaking with Dax Shepard in a recent interview for his Armchair Expert podcast, the comedian said the backlash that followed her coming out left her suffering from depression.

She said: “Even Elton John said, ‘Shut up already. We know you’re gay. Be funny,”

She added: “I had never met him and I thought, ‘What kind of support is that from a gay person?’ But everybody assumed I was just nonstop talking about. It hurt my feelings.”

In the years since then, Ellen and Elton have met and he’s been a guest on her daytime chat show on NBC.

Ellen told of how her sitcom was canceled by ABC because sponsors and advertisers deserted it due to her coming out. She thought it would be impossible to resurrect her career afterward as everyone deserted her and refused to work with her.

Srecallsles: “(ABC) finally let me come out, and it was a huge success the night of. It was huge. It was celebrated.”

But it wasn’t rosy for long and her show was canceled.

She adds: “People were making fun of me. I was really depressed. And because of that and because the show was canceled, I was looked at as a failure in this business. No one would touch me. I had no agent, I had no possibility of a job, I had nothing.”

She also found herself being criticized by some people in the gay community. 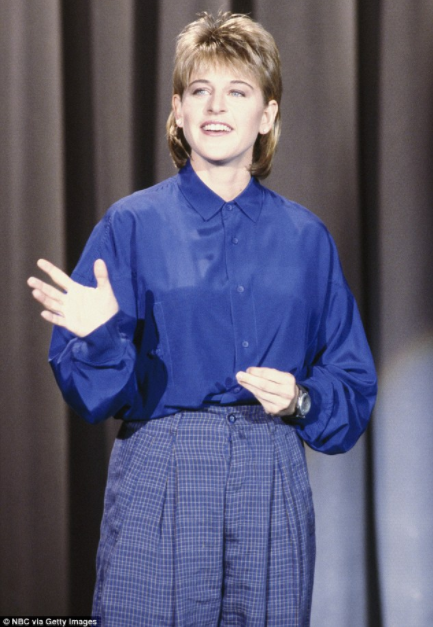 Ellen also told Shepard about another painful period in her life and how the tragic death of her girlfriend when she was 20 spurred her on and eventually led her into stand up comedy.

“My girlfriend was killed in a car accident when I was like 20 years old. And I wasn’t doing comedy, I think I was probably waitressing someplace at the time. I was living with her when she was killed,” she said.

The Ellen Show host recounted how she couldn’t afford to continue living at the home she shared with her girlfriend and moved into a small basement apartment by herself.

“I was sleeping on a mattress on a floor and it was infested with fleas. And I used to write all the time, I wrote poetry and songs and stuff, and I thought, ‘Why is this beautiful 21-year-old girl just gone and fleas are here?” she said.

“I just thought it would be amazing if we could just pick up the phone and call up God and ask questions and get an answer,” she explained to Shepard.

That led her to come up with her Phone Call To God comedy routine that she performed in 1986 on The Tonight Show With Johnny Carson. Following her stand up routine on the late night show, Carson invited her to sit down on his couch, making her the first female comic in the history of the show to do so. That launched her comedy career.

Share
Facebook
Twitter
WhatsApp
Previous articleSnapchat forced to apologise for offensive Rihanna and Chris Brown advert
Next articlePhoto of the day: Senator Dino Melaye having the time of his life
- Advertisement -