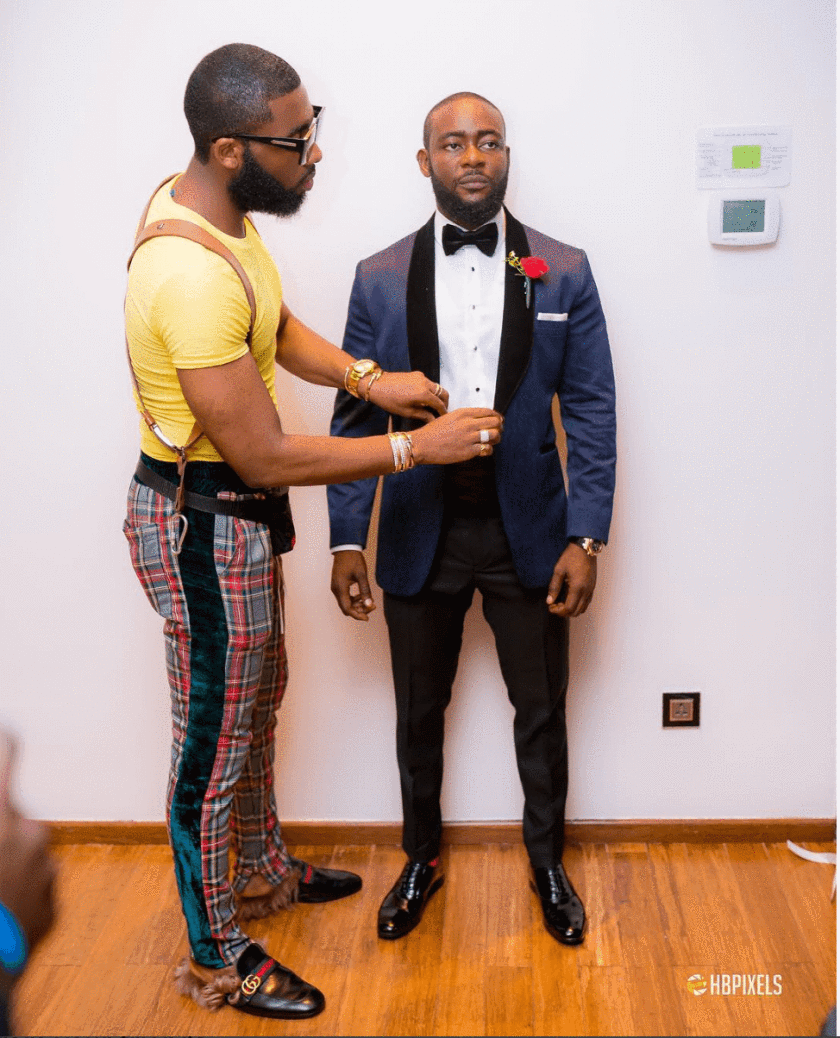 Fatima Dangote and her husband Jamil Abubakar dropped some coo cash on their wedding. It was gathered from a very reliable source that the dinner reception in Lagos alone gulped over 100 million dollars. And celebrity stylist Swanky Jerry is proudly admitting he got quite a good part of that money for the job he did.

The designer reposted a post the groom made thanking him with the caption,