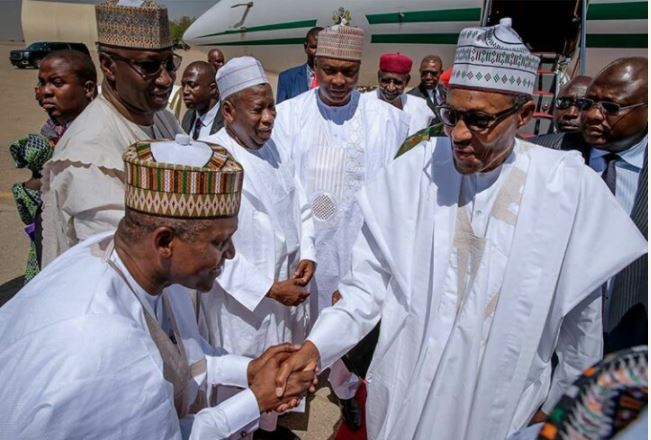 The wedding Fatiha between Fatima and Jamilu, son of a former Inspector-General of police, Muhammad Abubakar, took place at 12 noon at the Kano Emir’s palace.

The News Agency of Nigeria (NAN), reports that the wedding was conducted by the Emir of Kano, Muhammadu Sanusi II, and supported by the Chief Imam of Kano, Sani Zaharaddeen.

Buhari, in his capacity as the bride’s father, received N500,000 dowry from the representative of the groom at the occasion.

Other important personalities that graced the occasion include former Head of State, Abdulsalam Abubakar, Speaker, the House of Representatives, Yakubu Dogara and some serving senators. 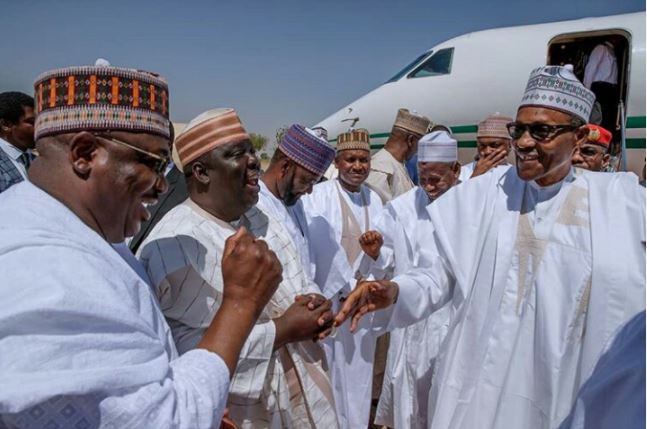 Some governors and ministers as well as traditional rulers from across the country also attended the occasion.

Others were former National Security Adviser, Aliyu Gusau, members of the business community, politicians and members of the diplomatic corps, among others.

The event which was also attended by prominent Islamic scholars and other well wishers from across the country, witnessed a large turnout of workers from various companies owned by the renowned business mogul.

Security at the occasion was tight as all the entrances leading to the palace were cordoned-off by armed security operatives.