Home National News How We Were Forced To Sleep With Men Even While Menstruating –...
Facebook
Twitter
WhatsApp 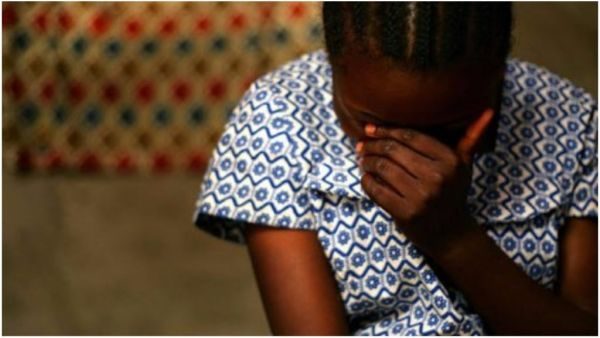 A Nigerian victim of human trafficking, who narrated her ordeal to top government officials in the country, including the Senate President, Bukola Saraki, has said that she was constantly forced to have s*x even while on menstruation.

The victim, whose name was not revealed, shared her story on February 26 in Benin City, Edo State, during a Roundtable on Migration and Human Trafficking organised by the Nigerian Senate.

The video of the roundtable, which contained victims’ testimonies, is posted on the Senate Facebook page.

The victim was 19 when she was trafficked from Edo State to Russia and forced into prostitution for two years, according to information in the video.

Prostitution is illegal in Russia.

The victim, free from her traffickers and no longer into prostitution, is now married and pregnant.

“They told me I was going into prostitution for six months,” she said. “I was going there to make money to further my education.

“We had to sleep with different kinds of men. It was on the street. We were standing on the road,” she said.

The victim said she, alongside other trafficked Nigerian girls, usually left home by 3 p.m to stand on the streets, soliciting for s*x, till 3 a.m the next day.

They were forced to have s*x even when on menstruation, she said. “She (my madam) would say no (we can’t stop work), there is a tissue she used to give to us to block it (the menstruation). She does not allow us to stay at home,” she said.

“We paid our madam for food, clothes, and also contributed money for the house rent. We bought the condoms ourselves.”

The victim also talked about the number of clients and money she made in a day.

One thousand rubles is about 17 US dollars, which is about 6,120 naira.

She narrated how she was often assaulted by men and also arrested and detained for days by the police.

“I was beaten up and defiled by four men. They even urinated on me when I asked them to pay me.

“I didn’t care to report to the Russian authorities that I was r*ped. Apart from the fact that I didn’t have a proof, I thought they won’t believe me since I was a prostitute,” she said.

The victim said she eventually decided to quit prostitution, and was able to escape to Nigeria without her international passport through the help of a Nigerian she identified as “Mr. Ken”.

She said she regretted her trip to Russia, adding that she wouldn’t have thought about it in the first place if she had had the opportunity to go to school in Nigeria.

She appealed to Edo State government to encourage young girls to go to school or learn skills.

The British Deputy High Commissioner in Nigeria, Laure Beaufils, said at the roundtable that “4000 to 6000 times, some Nigerian girls are forced to have s*x with strangers for the rest of their lives.”