How We Were Kidnapped, Treated – Freed Dapchi Schoolgirl Narrates 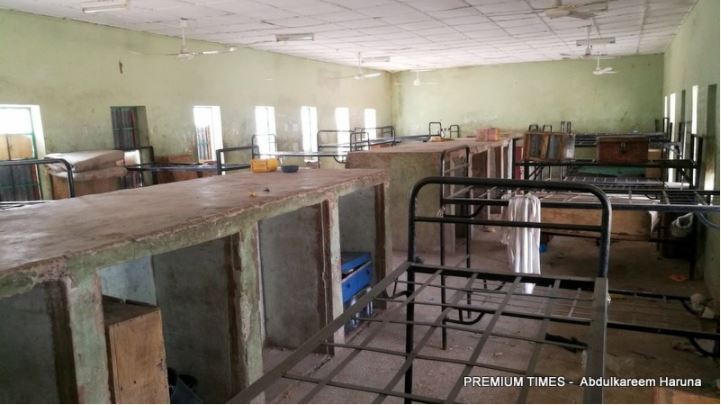 One of the school hostels of the girls

One of the Dapchi schoolgirls freed by Boko Haram on Wednesday, Khadija Grema, provided a detailed account of their journey after Boko Haram insurgents abducted them on February 19.

About 110 girls were kidnapped from their secondary school in Dapchi, Yobe State. A total of 105 of them were freed on Wednesday morning by the insurgents who dropped them off in Dapchi without any resistant or confrontation by soldiers.

Clad in hijab (overall gown) that was uniformly sewn for all the girls by the Boko Haram, she said their journey to captivity was a harrowing experience that caused the death of some of her school mates.

“We were at the school, about to break our usual Monday voluntary fast, when the gunmen arrived. Everyone was confused and people were screaming; one of them said we should come close to him. They were shooting and everyone was confused. So we ran towards the school gate,” she said in Dapchi on Wednesday.

“When we got there, they called on one Babangida to bring vehicles. They brought the vehicles and began to drive us away. Outside Dapchi, they asked that who amongst us were fasting. And some of us that were fasting were asked to come down from the vehicle. They gave us Maltina, meat, groundnut cake and pure water.

“We had our prayers after breaking the fast. Then we continued our journey until we got to a place with a big tree, they stopped and we were asked to cook food, it was dark, so they put on lamps.

“After eating, then we continued the journey for a long time until we got to a place where there is river, we came down from the trucks and they asked us to enter some canoes that took us across the river.

“Across the river, they took us to a house in one village that I don’t know; we stayed there for sometime. The next day, they came to ask us to come out and we were taken to the river and continued the journey until we got to where a thick forest area. That was where they kept us; and they have not changed our location since then.

“The people that took us away were all speaking Kanuri and Arabic. They didn’t tell us any meaningful reason why we were freed and returned. They just said we are Muslims and they felt it was right for them to free us so that we will not suffer.”

She said some of the girls, apparently the very young ones, who were trampled upon while they were packed in the vehicles that took them out of Dapchi, died on the way.

“Five girls died while we were on the way to the bush; most of them died because they were trampled upon inside the vehicles,” Khadija said.

She added that their abductors did not molest them s*xually.

“They did not molest or s*xually harass us,” she said. “They even said it was wrong for women and men to sit in the same place.

One Girl Was Not Freed

Khadija added that all of them were promised that they would one day be allowed to go home except one of the girls, Leah Sherubu, who was a Christian and who refused to put on the Hijab or accept Islam.

“They freed all of us except one girl, Leah whom they said would not go because she was a Christian.”

A parent of one of the freed girls also spoke about the girl not released.

“It was sad when we heard that Leah was not released,” Kachalla Bukar said.

“We were told by the Boko Haram that she was not released because she refused to put on Hijab.”

The terrorists spent about an hour in Dapchi discussing with residents before they left the town.

The freed girls have now been flown to Abuja where they are expected to meet with presidency officials.