At the moment, the friendly relationship between emerging singer, Omoniyi Temidayo, aka Zlatan Ibile, and Internet sensation, Segun Wire, has hit the rocks. 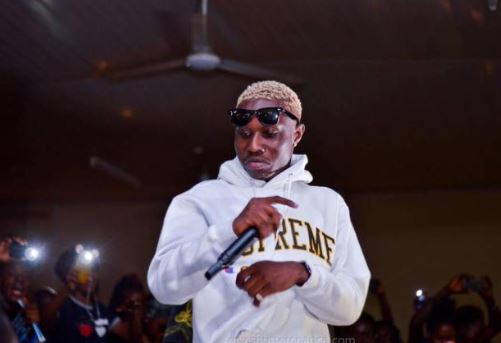 When Zlatan fell in love with Segun’s music talent, he promised to help him. But Zlatan later alleged that the little boy’s family members were using him to extort money from people and he challenged them. Zlatan was then molested and attacked by hoodlums who were allegedly related to Segun’s family.

While speaking with sources, Zlatan said he withdrew his decision to help Segun when his image was getting tarnished.

“I don’t have much to say about the issue again because I have done what I needed to do. I have withdrawn my support.

I just wanted to help him, but my image was tarnished. I withdrew because I just felt it is high time I lived my own life. I am still a young boy; I have younger ones and parents too that need help. I have yet to get to where I want to be; so, I just want to focus on myself for now.”

“If you help someone and you got beaten for it, why won’t you regret it? Before withdrawing my support for Segun, I thought about it thoroughly and I am not happy I took such a decision.

Once you mean well and people don’t appreciate it, it becomes hard for you to help others. But I don’t think I will stop helping people generally. I will only be more careful when helping others because I have learnt my lessons.”

Ibile also cleared the air on his relationship with Davido. According to him, he is not signed to Davido’s record company at the moment unlike what most people think.

“I met Davido when I dropped my latest song, My Body, featuring Olamide. One day, I saw Davido dancing to my song on stage.

It went viral and I had more than one million views on Instagram. That had never happened to me before. I sent Davido a message, thanking him for the support and we got talking from there.

“Though I am not signed to Davido’s record company, he has shown me great love. We have done a song together, titled Osale, which will be released soon. I am signed to Coded Music.”