If You Can’t Call Him ‘My Lord’, Don’t Marry Him – Popular Pastor Tells His Congregation (Video) 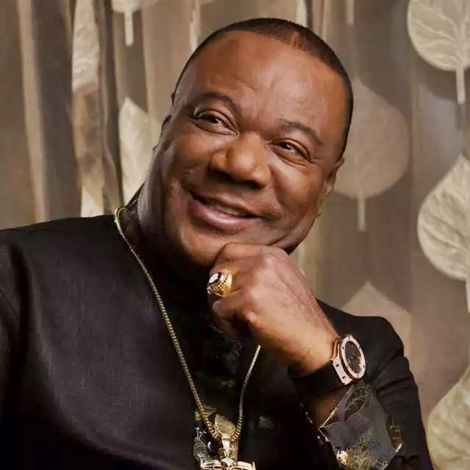 Speaking while delivering a sermon to his congregation on Palm Sunday, 25th March, the founder of the Action Chapel International, Archbishop Nicholas Duncan-Williams, disclosed that it is better for women to remain single than opt to marry men that they will not respect.

The cleric who stated that “if you are a woman, you don’t respect the man, don’t marry him”, stressed that respect is very important in marriages, insisting no marriage will work when mutual respect is absent.

The man of God said who spoke at Action Chapel International off the Spintex Road in Ghana, said that it is better for women to remain unmarried than marry men that they wouldn’t be submit to.

“Because if you marry him, it won’t work. You can quote all the scriptures in this world and say the two shall be one, it will not work.The need of every man is respect and adoration. You have to adore him: ‘mi wura’, ‘ntse’, my lord,” Archbishop Duncan-Williams said.

Speaking further, he said that if a woman cannot bestow kingly titles upon her husband-to-be, then she’s better off remaining single.

“If you can’t call him ‘mi wura’, ‘ntse’, my lord, don’t marry him, it’s not going to work because men are wired in that way to feel respected, to be adored and to be praised. So, if you are the type, you don’t respect a man and you bring the devil out of him and not the king out of him, don’t marry him,” he warned again.