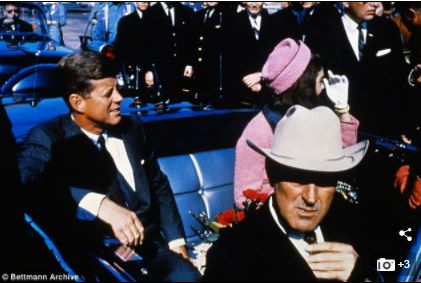 Kennedy was on his way to deliver a speech at the Dallas Trade Mart when he was shot.

John F Kennedy is finally able to ‘deliver’ his Dallas Trade Mart speech, more than 50 years after his assassination.

Thanks to technology, Kennedy is heard saying the famous words he was supposed to deliver at a luncheon on that fateful day in November 1963.

The Times of London said it teamed up with British audio technology company CereProc and Rothco, an Irish creative agency, to build a database that was then used to create the speech in the late president’s voice.

Engineers were able to recreate Kennedy’s voice by analyzing records of more than 800 of his past speeches and radio addresses. The engineers then used sound bites to create audio of the 35th US president performing the speech.

The digitally created speech was a part of the Times’ ‘JFK: Unsilenced’ project.

Kennedy was traveling in a motorcade with First Lady Jackie Kennedy, Texas governor John Connally and his wife Nellie when shots rang out in the Dealey Plaza as they made their way towards the Dallas Trade Mart.

The president was due to give a speech at a luncheon, but never made it to his destination. He was pronounced dead at the age of 46 on November 22, 1963.

The text of the unspoken speech was preserved and reads in part: ‘In a world of complex and continuing problems, in a world full of frustrations and irritations, America’s leadership must be guided by the lights of learning and reason — or else those who confuse rhetoric with reality and the plausible with the possible will gain the popular ascendancy with their seemingly swift and simple solutions to every world problem.

‘There will always be dissident voices heard in the land, expressing opposition without alternative, finding fault but never favor, perceiving gloom on every side and seeking influence without responsibility. Those voices are inevitable.

‘We cannot expect that everyone, to use the phrase of a decade ago, will “talk sense to the American people.” But we can hope that fewer people will listen to nonsense. And the notion that this Nation is headed for defeat through deficit, or that strength is but a matter of slogans, is nothing but just plain nonsense.’