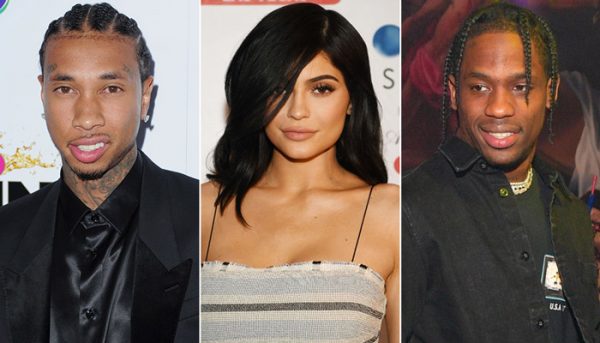 Kris Jenner has finally reacted to the rumours that Tyga is the real father of Kylie Jenner’s daughter, Stormi.

Recall that right after Kylie announced the arrival of her daughter and shared the 11-minute video documenting her pregnancy journey, folks began to speculate that Tyga could be Stormi’s real father, and some have even gone to the extent of comparing the baby’s photos to Tyga’s.

To make matter’s worse, Tyga even chimed in and said Stormi could be his daughter, and it was why, during a recent radio interview with Australian radio show Kyle and Jackie O., the radio host Kyle Sandilands boldly asked the matriarch to set the records straight.

“Tyga was chiming in saying maybe it was his baby” said Kyle during the interview, but Kris was quick to brush off the comment, saying, “Oh no, no no. I think that was just a bunch of silly rumors as usual.”

And she went further to tell the host, “Yeah you guys know better than that.”

'That was a bunch of rumours' @krisjenner on #Tyga being baby daddy pic.twitter.com/esoBPIl0Vz

'It is such an exciting time' @krisjenner on the Kar-Jenner babies pic.twitter.com/qxW2zD7u3B