Camille Wasinger-Konrad, a 23-year-old mum stands accused of smothering her newborn baby to death and hurling the tot over a nine-foot fence.

According to Daily Mail UK, Camille Wasinger-Konrad has been charged with first degree murder after the lifeless body of her newborn baby was found on her neighbour’s deck.

Wasinger -Konrad, from Colorado, US, is also charged with tampering with evidence and has been refused bail.

She was arrested on January 2 in Highland Ranch after deputies received a 911 call from the woman’s neighbour, Jeanette Barich, who discovered the dead tot as she was about to use her hot tub.

Jeanette said it was her dog that led her to the baby, who still had its umbilical cord attached.

The woman’s landlord told cops that she had cleaned a large amount of blood that morning from the upstairs bathroom which her tenant of four months used. 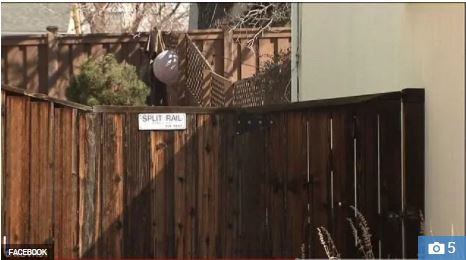 But said she was unaware that Wasinger-Konrad was pregnant.

During Tuesday’s preliminary hearing, the court heard that Wasinger-Konrad told investigators at the time of her arrest that she did not know she was expecting until she gave birth at home.

She explained that she had woken between 6 and 7am on January 2 by painful stomach cramps and “the baby just came out”.

She told a detective that she did not want to get in trouble and added: “I just got rid of it,” the court was told.

Wasinger-Konrad allegedly detailed how she covered the baby’s mouth with her hand to muffle its cries and carried it outside in a blanket before tossing the infant over the fence.

Blood evidence presented in court indicated that the infant bounced off a railing and the back of a deck chair before landing onto Barich’s deck, where her dog picked up its scent about 14 hours later.

A detective testified that a person who works at a local King Soopers supermarket with Wasinger-Konrad told him that she had recently requested a new schedule and a reassignment to a less physically demanding job – because she was pregnant.

Wasinger-Konrad will undergo court-ordered DNA testing and will be arraigned on May 22.