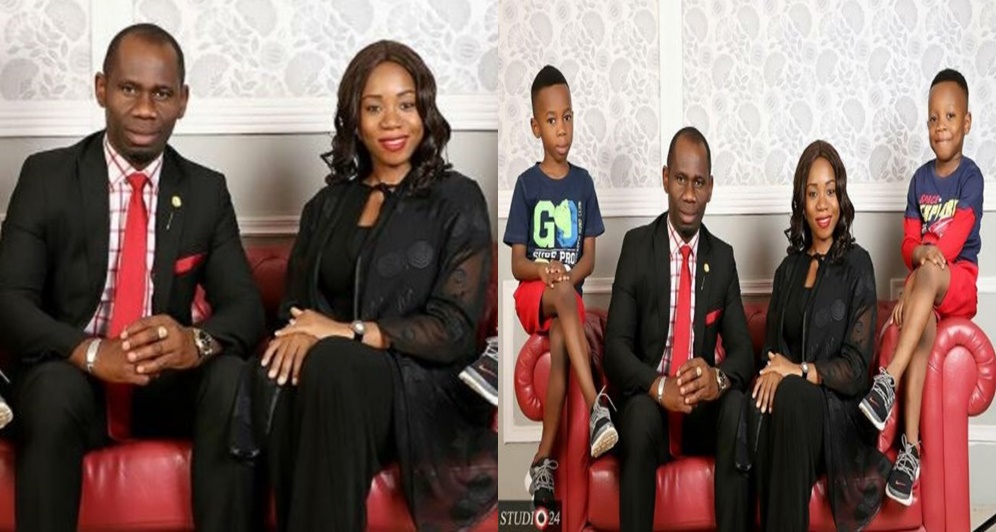 A man named Agoro Patrick, has caused stir on social media after he went online to celebrate his wife on their anniversary by calling her different names.

Mr Patrick who is apparently head over heels in love with his wife, took to his Facebook page to celebrate her in a special way on their 9th wedding anniversary. 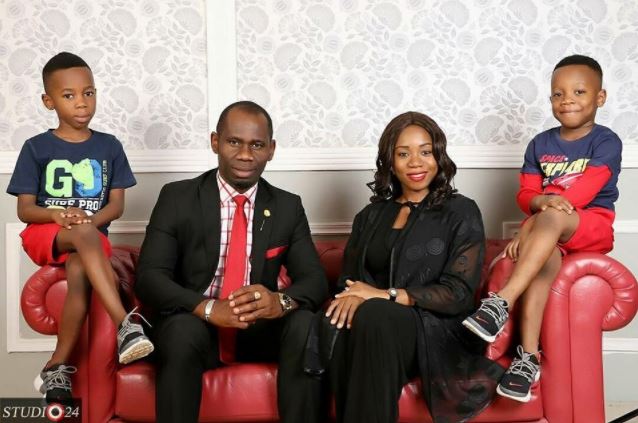 To celebrate their wedding anniversary, the man called his wife by the names of several kinds of food found around different parts of Nigeria, including foods primarily eaten by the Idomas, Hausas, Niger-Deltan, Igbos, Yorubas and many more.
Still filled in the spirit he called her his Benin Witch plus his Money bag. 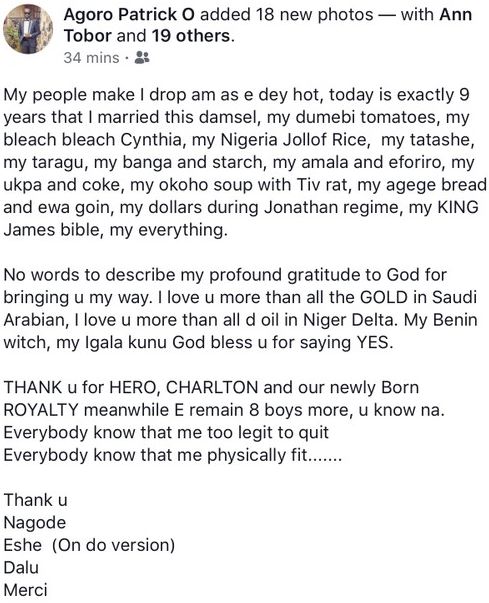