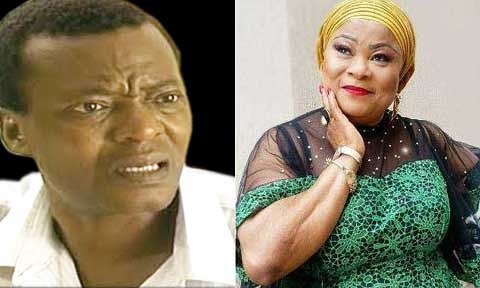 While speaking in an exclusive interview with New Telegraph, veteran actor, Yemi Adeyemi, known popularly as Suara, based on the role he played in Super Story (Oh Father! Oh Daughter!), speaks on his experience in Super Story, why he is called Baba Ijesha, among other issues.

Here are excerpts from the chat;

How did you get to play the Suara role in Super Story?

Actually, I did not attend the audition. The director, Antar Laniyan and the production manager, Bakky Adeoye, sent for me. That was when I came to Lagos. They felt I was the one that could interpret the role of Suara very well, so they sent one of their production assistants (PA) to see me.

It was a Friday, and I was preparing to go to Ede, Osun State, because that was where I have my building. So, the PA came and told me about it, and I told him that I would not be able to come with that day, but that I would come on Monday.

When I got to their office on Monday as I promised, they gave me the scripts; we negotiated, and that was it. That was how I got to play the role of ‘Suara’, the honourable husband of ‘Toyin Tomato’ in Super Story – “Oh Father! Oh Daughter!”.

Actually, I did not know that the series would go that far. Before released it, the president of Zambia, Sunday Manawasa, of blessed memory, sent for, and I went Toyin Tomato (Sola Sobowale). Also, Unilever tried a lot for me. They were giving me their products every weekend free of charge for almost a year.

So, how was your experience as Suara?

I lived in a naive community where you live with mediocres. That was in Agbokojo in Ibadan. There we have all sorts of people, but predominantly Ijeshas. I took after a man called Moses, and his wife. Moses was my real figure of Suara as character. He was working with one of the toothpaste production company.

He has a wife, Funmibi, and this other girlfriend of his. He packed from his house to Funmibi’s house, and they were always bringing their case to my father. So, when I got the script for Suara, I immediately remembered Moses, and that helped me in interpreting the role.

What were the challenges?

When you are acting you need somebody that would corroborate your output. When you are acting with an inexperienced artiste, then you have a problem; you will have extra work to do. But thank God I had a very good actor that acted as my wife, Bukky Wright. But Sola Sobowale was something else. Should give me hard and I would give her harder.

What do you mean by that?

She has a way of shouting; she has a way of carrying her role larger than life’. Of course, it is part of acting, but then you do it at the right time. She does it at the right time, and me being a naive person that wanted to go to bed with Toyin Tomato because she is yellow, everything she says is just right. Also, I had another challenge at home.

My wife was very angry with me. She thought I actually had an affair with Sola Sobowale (Toyin Tomato). It was not until they got to know each that she was convinced that I was not going out with her. When Sola came, she was calling me ‘Brother mi’, which is what she used to call me. Actually, I came to Lagos through her advice. I did not even know that we were going to act together in Super Story. My wife was so eager to meet her.

So when Sola came to my house they met. Annoyingly, my wife was sitting watching what was going to happen that day. But when she saw the way Sola was talking, calling me ‘Brother mi’, and she related with her, lateme amy wife was convinced that there was nothing between us beyond acting our roles in Super Story. She begged me later that she was sorry. I reminded her that that was not the first time she had seen me acting with a woman.