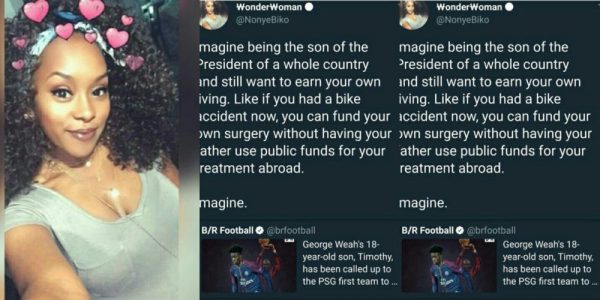 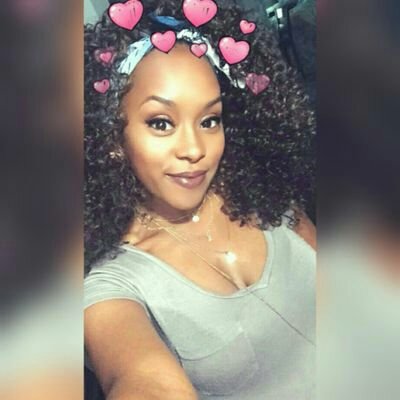 Identified as Nonye Biko, the lady who boasts of almost 9000 followers on Twitter, got blocked after she made a comment about the President and his dear son, Yusuf.

Trouble started when Nonye reacted to a Post by B-R football about Liberian President, George Weah’s son joining PSG. She was impressed that George Weah’s son was going to work for his own money and follow his passion despite the fact that his father was the President of Liberia.

She then insinuated that Buhari’s son should be able to do things like paying his own medical bills after the power bike accident he had . 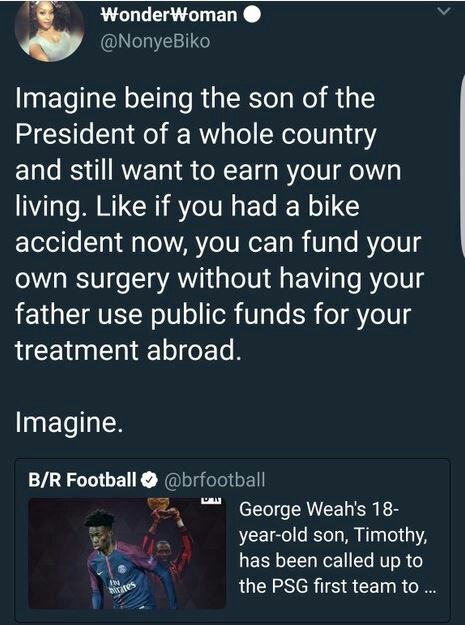 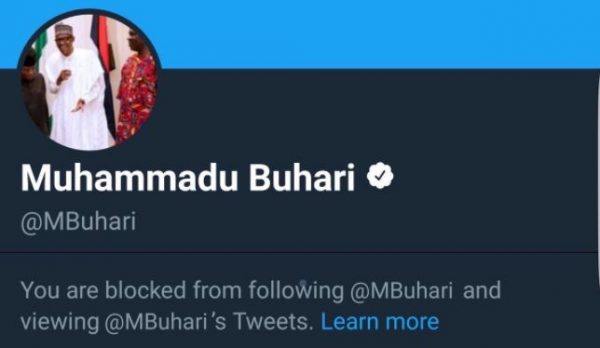