Information Nigeriahttp://www.informationnigeria.org
Information Nigeria is Nigeria's No.1 Information Portal.
The viral reports that some policemen attached to the Presidential Villa, Abuja protested over unpaid allowance since 2015, have been addressed by the Nigeria Police Force. 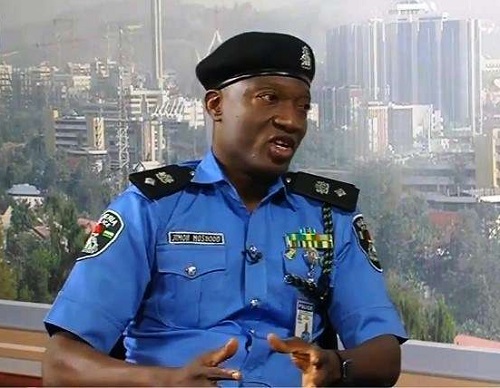 The Nigeria Police Force has debunked a media report that some of its officials posted to Aso Villa protested unpaid allowances since 2015.

According to a statement by the force public relations officer, Jimoh Moshood, the report is “untrue, misleading and mischievous” adding that no protest took place in the villa or anywhere in the country.

Part of the statement read: “Salaries and allowances of police personnel across ranks throughout police formations, departments and detachments including those attached to the presidential villa are being paid as at when due, and on time.

“Special and ad-hoc duties allowances are also promptly paid on completion of such duties.

“There was no time the policemen in the villa or anywhere else in the country protested over any issue relating to payment of allowances or whatsoever. Nigeria Police Force is a disciplined organization and its personnel are not allowed to engage in any act that can subject the force to public ridicule or embarrassment.”

The statement added that no police personnel serving in the villa has complained officially or otherwise of unpaid allowance since 2015.

“Members of the general public are implored to disregard and discountenance the report in its entirety as untrue, misleading, mischievous and a fake news,” the statement added.

Share
Facebook
Twitter
WhatsApp
Previous articleCleavage, Caressing: Why The Wedding Of The Gandujes & Ajimobis Is Criticized (Photos)
Next articleTears As Female Corper Killed By Train In Lagos Is Buried At Her Hometown (Photos)
- Advertisement -