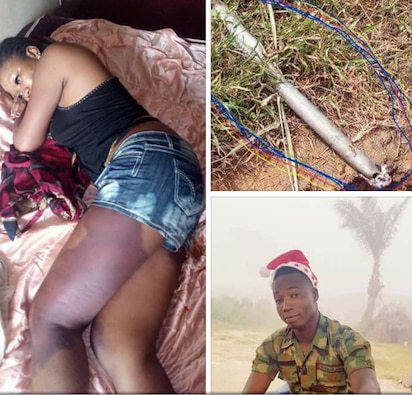 Ebere Ohakwe, a Nollywood actress who was assaulted by a soldier in 2017 will be receiving a compensation of N1million as a A Port-Harcourt division of the Federal High Court has ordered the Nigerian Army to pay the said amount as damages to the actress.

The actress, popularly called Jewel Infinity, was assaulted by Pvt. Suleiman Olamilekan of the 6 Division of the Nigerian Army, Port Harcourt, at Omagwa checkpoint along Port Harcourt-Owerri road in the Rivers State capital on January 13, 2017.

The court found the Army guilty of human rights abuse against the actress and awarded her the N1 million in damages in addition to getting unreserved apology from the division.

The presiding judge, Adamu Mohammed, said the assault was a violation of the dignity of human life and ordered the Army to desist from carrying out further unlawful action against the actress.

“Counsel submitted that the applicant has proved her case and is entitled to all the reliefs sought. Consequently, I resolve the issue in favour of the applicant and make the following order.

“One, it is, hereby declared that the arrest, harassment, embarrassment, torture and assault meted on the applicant by the first, second and third respondents and other officers of the 6 Division of the Nigerian Army, Port Harcourt, Rivers State, on January 13, 2017, is unconstitutional and a violation of the dignity of human life.

“Two, the first, second and third respondents are restrained from further threatening, harassing, embarrassing, arrest, torture and inhuman treatment of the applicant, except in circumstances provided by the law.

Ohakwe was reportedly travelling from Port Harcourt to Onitsha when she was stopped at a checkpoint by Suleiman and then beaten with sticks and iron.