Oge Okoye has been bashed again on social media after she voiced her support for Nollywood actress, Jojo Charry who recently stripped n*de to celebrate her birthday. 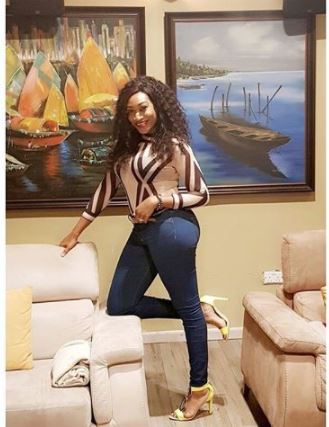 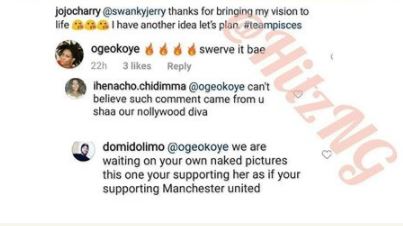 Controversial actress, Oge Okoye came under attack following her support for her colleague, Jojo Charry who recently bared in all in series of photos as part of her attention-seeking stunts on her birthday.

Okoye, a mother of one was on Charry’s page where she posted a comment, “swerve it bae” in support of the later’s n*de photo antics. This prompted the reactions of two dissenting social media users below:

One Ihenacho Chidimma said: “can’t believe such comment came from u shaa our nollywood diva”