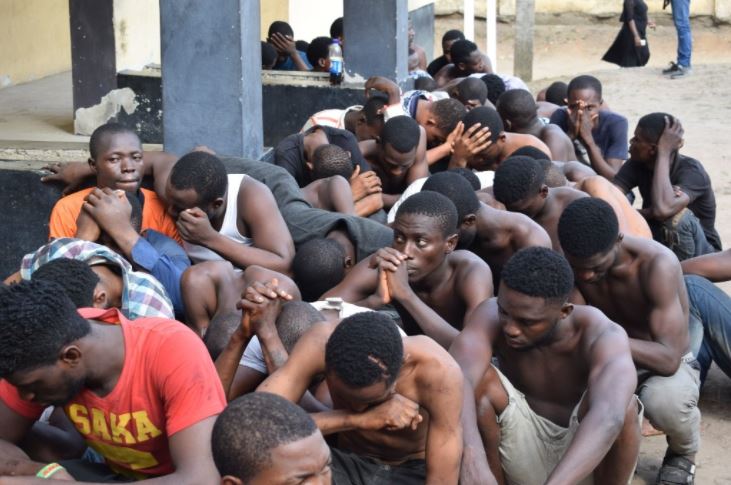 Some of the criminals after they were arrested

The raid of criminal hideouts in these areas became pertinent because of the brazen nature criminals living amongst the people attack residents and law enforcement officers with impunity.

Sequel to the above, the CP ordered a raid of identified criminal enclaves in Akala-Mushin and Idi-Oro. During the raid, these criminal elements resisted the police by hurling stones and different types of missiles at them, breaking windscreens of few vehicles parked on the roadsides. 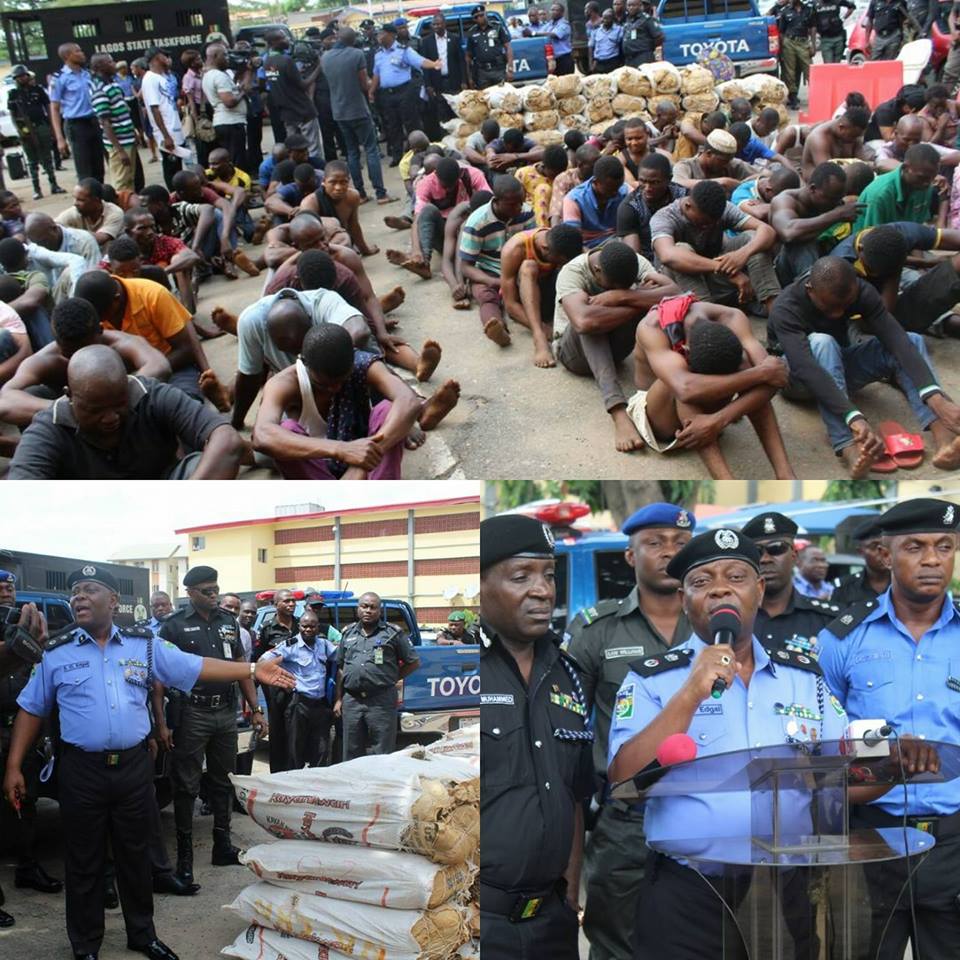 This did not deter the police from arresting 255 suspects comprising of 246 males and 9 females, seizing 39 big bags of weeds suspected to be Indian hemp and recovering of two pump action rifles and ammunition in the process. Part of those arrested were those caught breaking car windshields.

The Commissioner of Police vowed that the Command will not rest until drug peddlers, cultists and armed criminals are rid from the streets of Lagos. The Command hereby advises parents, guardians and stakeholders to warn their children and wards to stay off criminals enclaves and avoid mingling with criminals. The CP added that the raid will continue in all places identified by police intelligence unit as blackspots. 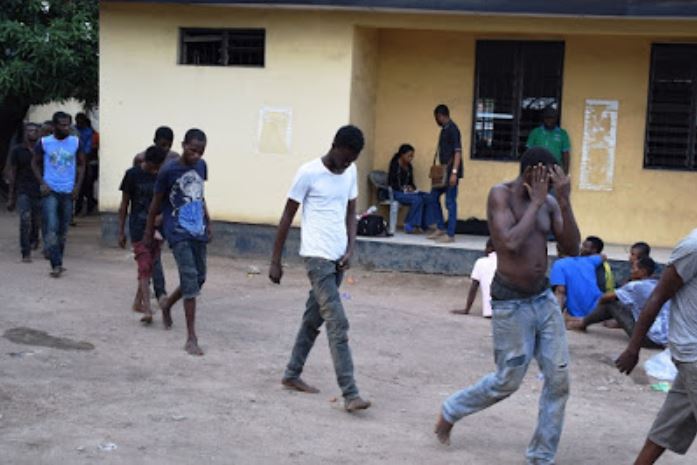 Investigation into the case is concluded and all those arrested have been charged to court with the collaboration of the Directorate of Public Prosecution. 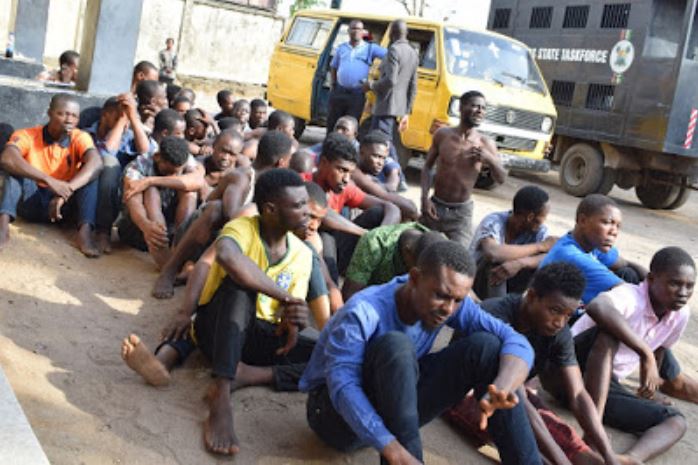