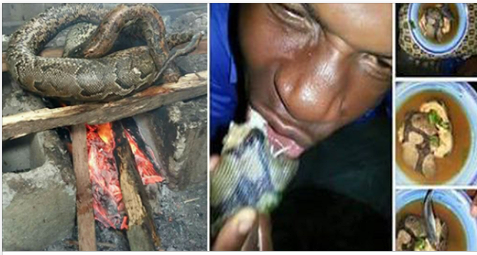 According to Savannah News Nigeria, a Nigerian man has just set the internet ablaze with his snake pepper soup delicacy, though we cannpot authoritatively confirm this report below is how they are reporting it;

One man`s meat is another man poison, as they say, A Nigerian guy has just got the internet talking after he shared a photo of a big python he killed in Port-Harcourt, Rivers state capital.

. After killing the huge reptile, the young man revealed his plans to use the meat to make pepper soup as he called on people to join him. 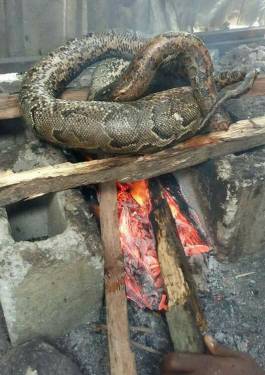 Some Facebook users who found this outrageous – dragged him online for planning to eat what they label an “abomination” while others asked for the location for them to join in the “feast”. 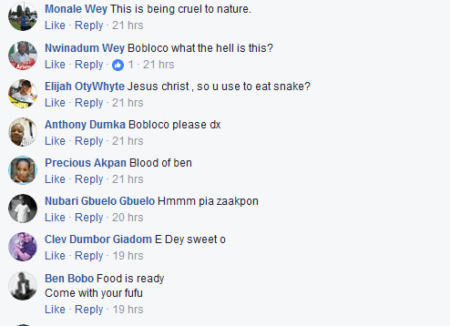