Photos: People Are Freaking Out Over This Dog With A Disturbingly Human Face 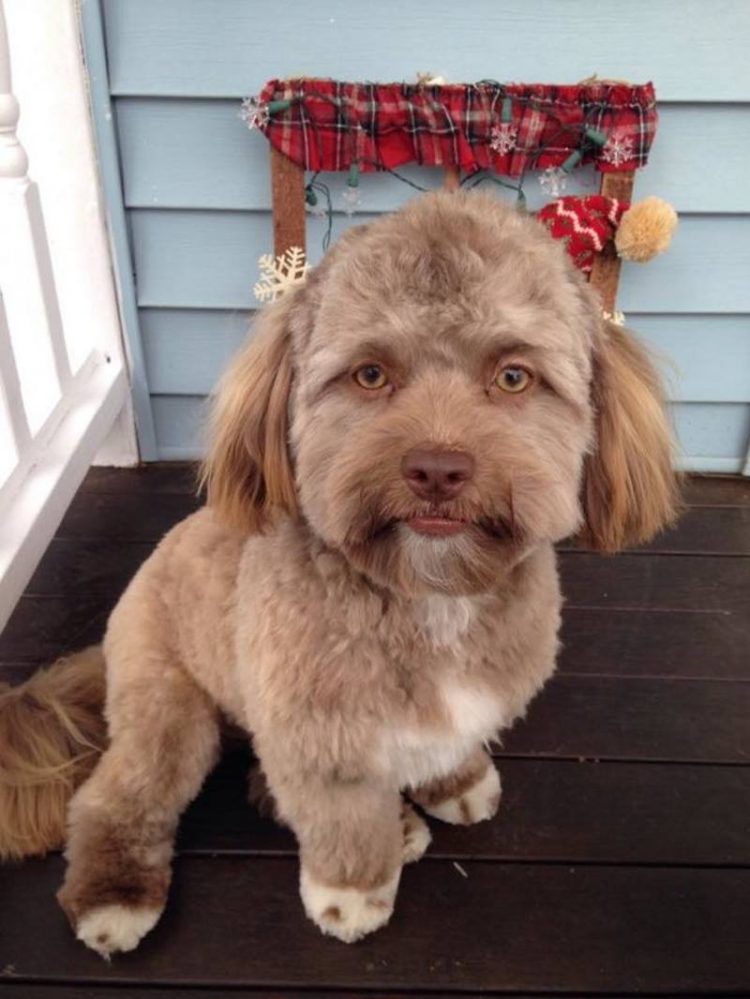 Photos of this ‘dog with a man’s face’ have been doing the rounds online, and people can’t stop talking about him. It all started when Chantal Desjardins, from Massachusetts, posted a photo of her freshly groomed pooch Yogi, on Facebook.

It wasn’t long before her friends started pointing out that his face looked uncannily human-like, and some even asked her if she used editing software like Photoshop or one of those popular ‘face swap’ apps to create the eerie effect. Chantal insisted that she had not manipulated the photo at all, but after examining the photo again, she understood why people were asking her that.

With his striking soulful eyes, detailed brow, close cut mustache and a snout that closely resembles a pair of lips, Yogi does have a strange, almost human-like visage. And while some people think he looks adorable, to others this uncanny valley effect is just disturbing. 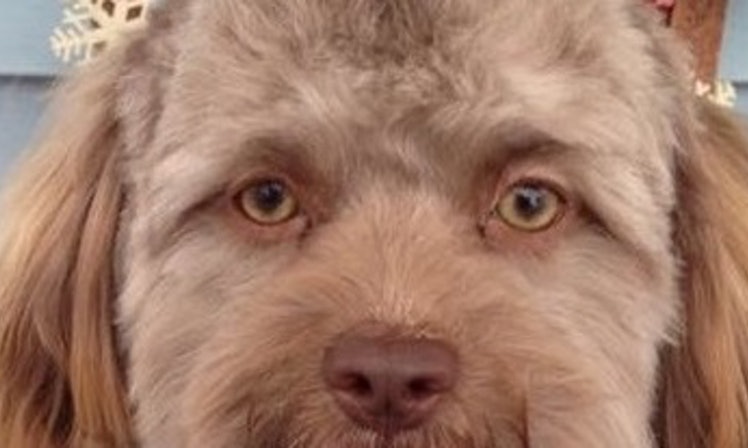 “I feel really sad for the pup, because he’s probably really cute, but he’s also horrifying. I feel like a brown-eyed, bearded man is trapped in there,” one person commented on Reddit, where a photo of Yogi garnered over 19,000 upvotes, after being posted by an acquaintance of Chantal’s.

“WTF he has the most human eyes I’ve seen on a dog,” another user commented.

And the comments kept pouring in:

“I laughed, then I got uncomfortable, now I’m rocking back and forth desperately trying to convince myself it’s just a face swap,” someone wrote.

“The more I stare at the dog the more I’m seeing my own face….this is creeping me out… like looking into my soul weird,” another person commented. 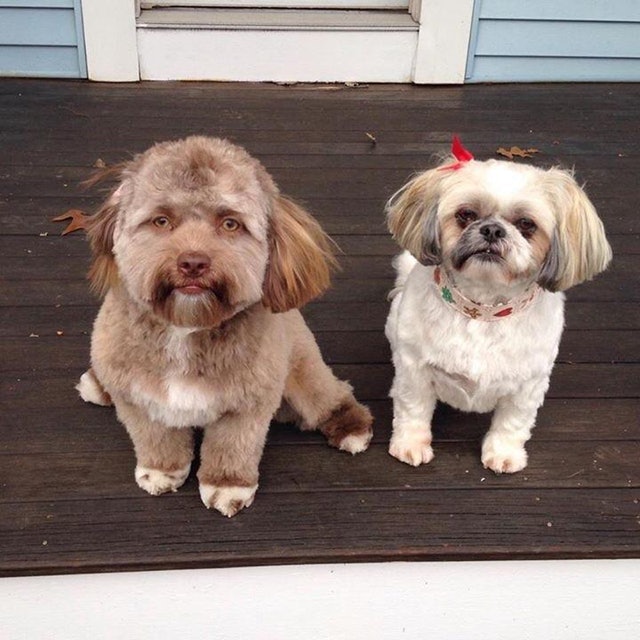 After freaking out Reddit users, photos of Yogi’s uncanny face went viral on Twitter, where people started comparing him to various human celebrities, with the most popular choices being Nicholas Cage (obviously), Jake Gyllenhaal and Ed Sheeran.

As for what makes Yogi look so human-like, his eyes are definitely special, but it’s also his grooming. One Reddit user explains: “Probably has a lot to do with close-cut hair around the eyes, especially the brow and snout. Eyebrows are actually one of the most identifiable parts of the human face.”

That’s probably correct, as a photo of Yogi taken before his grooming shows him looking like an ordinary pooch. It’s actually amazing what an effect a haircut can have even on a canine.

Talking about her dog’s newfound internet fame, Chantal Desjardins told People Magazine that she is “kinda turning into Yogi’s manager”.