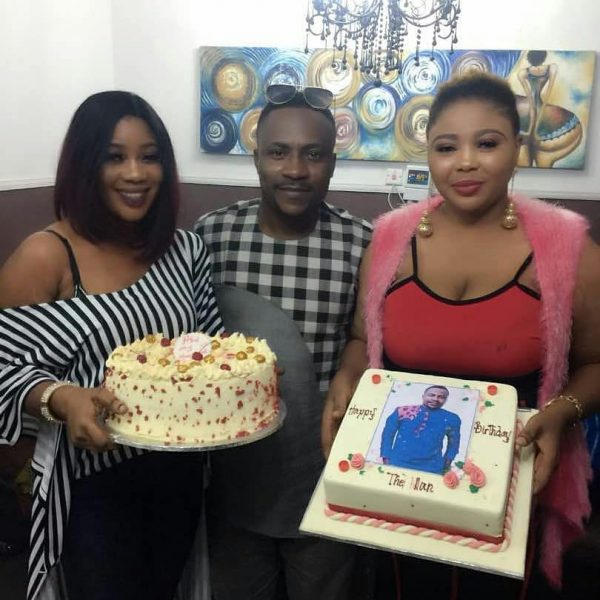 Nollywood Yoruba actor, Segun Ogungbe is obviously comfortable and more at peace now with his two wives, Atinuke and Omowunmi.

The actor, who is a also a producer and director celebrated his birthday earlier in the week and his second wife, Omowunmi ajiboye aka Awoko Aliyah organized a surprise party for him.

Segun has been married to Atinuke for many years and the couple has kids together. Atinuke wasn’t an actress but a good friend of Omowunmi, who was training as an actress with Segun Ogungbe Films Academy. 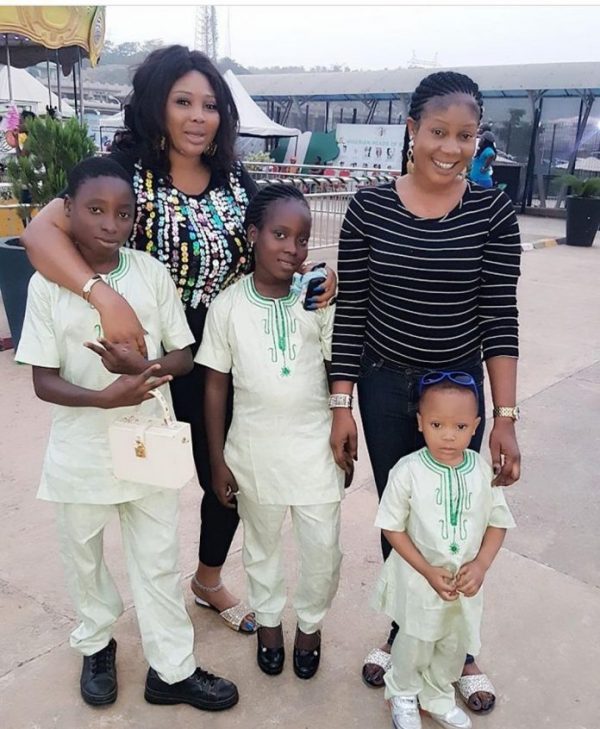 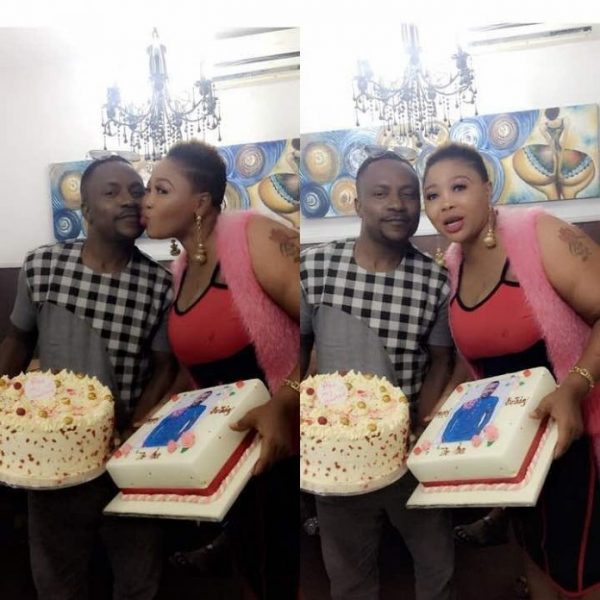 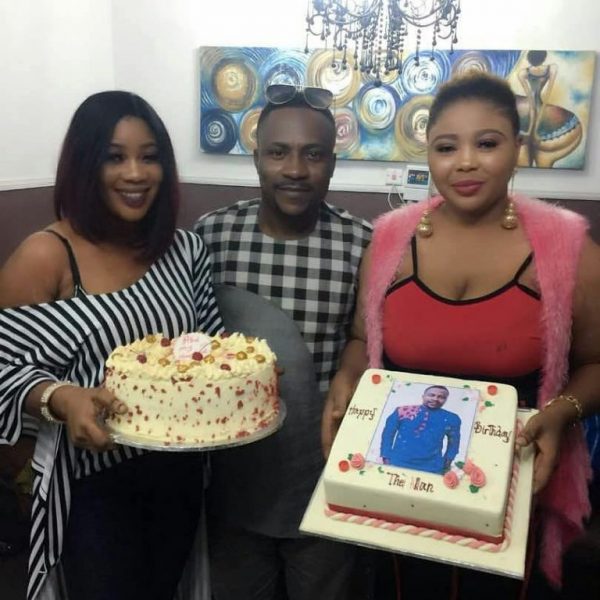 In 2015, news broke from Abeokuta that Segun Ogungbe had impregnated one of his ‘trainees’ and set to marry her.

Then a blog, Yoruba moviegist.com broke the news that the sexy actress, Wunmi was delivered of a bouncing baby boy for the actor in one of the private hospitals in Abeokuta. Afterward, a fan of Segun took to the website to comment. The fan wrote:

“Omowunmi Ajiboye, You are such a bad friend to have a baby for your best friend, Atinuke Ogungbe’s husband, you guys are turning this world to another world, anyway it’s not a big deal to you but you are a disgrace to all Yoruba girls and to the film industry. Both of you need to be expelled from the film industry. Segun Sgungbe is a silly idiot to have impregnated his wife (Atinuke Ogungbe’s) best friend Omowunmi, both of you are a disgrace to the film industry also to the whole nation. Segun Ogungbe is a silly idiot to have impregnated Omowunmi who squatted with Atinuke for several months in Abeokuta before. Mr Ibi Giga you are such a heartless and a shameless man, your movies are one of the best of mankind but you don’t learn from what you are teaching the public, if you, Mr Segun Ogungbe Olusola Bobo I show think your fans are silly like yourself, you are getting it twisted, you are a disgrace to the film industry”
But it seems the war is over and the two friends are back again. Infact, Atinuke acted as a nurse in one of Omowunmi’s movies in 2017.
With this recent birthday photo, its obvious there is an accord between the friends.