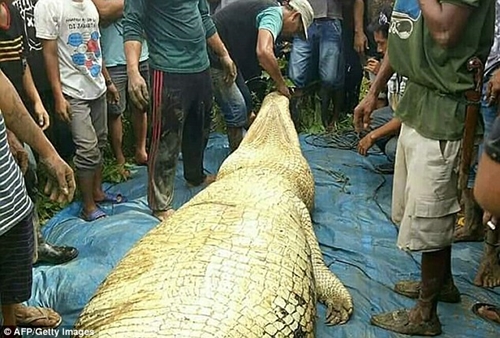 A human leg and arm have been found inside the belly of a huge crocodile suspected of mauling a man to death in Borneo, Indonesia, Dailymail reports.

Authorities shot and killed the 20-foot-long crocodile close to a riverbank where a local palm oil plantation worker had gone missing two days earlier, with only his motorbike and sandals found at the site, they said.

The search ended Thursday when 36-year-old Andi Aso Erang’s lifeless body – missing two limbs – was discovered floating in a different part of the river in Kalimantan, the Indonesian part of Borneo. 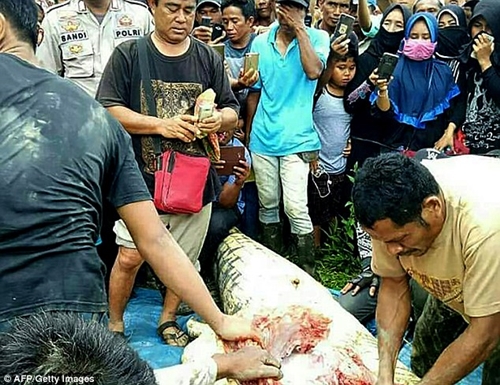 Police said they spotted a crocodile nearby and killed it.

‘Inside the crocodile’s stomach, we found the left arm and a leg that we believe belonged to the victim,’ Indosian local Police chief, Teddy Ristiawan said.

The victim’s wife said he had left home to hunt for clams they could eat.

‘I never expected he would end up in a terrible situation like this,’ said Anisa, who like many Indonesians goes by one name. 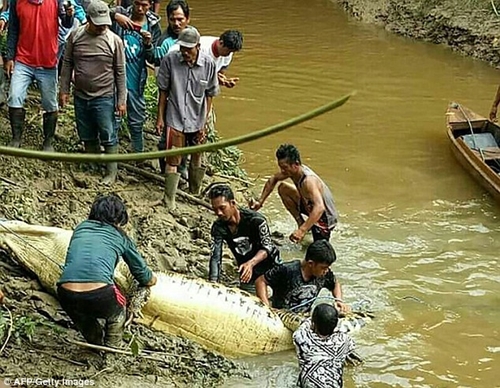 In 2016, a Russian tourist was killed by a crocodile in the Raja Ampat islands, a popular diving site in the east of the archipelago.

Human-animal conflicts are rampant in Indonesia, especially in areas where the clearing of rainforest to make way for palm oil plantations is destroying animals’ habitats and bringing them into closer contact with humans.