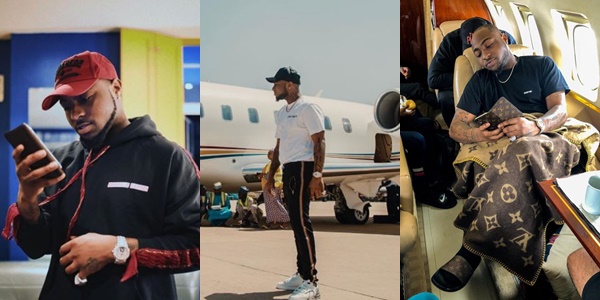 The singer slammed a disrespectful fan who tried to rubbish his achievement as an International artiste.

See their exchange below 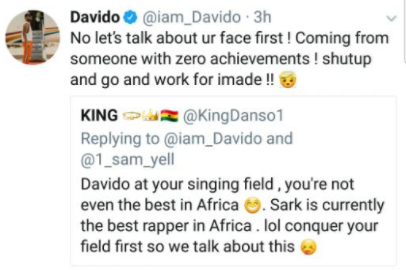 He also takes on every chance he gets to defend the honour of his lover, Chioma.

He has been dating Chioma for a few months now, and he’s quite ready to make it public, after he kept the relationship under wraps a few weeks after they started dating.

He’s had the time for trolls, he never let them have their way with words when it comes to his girl.

Chioma is a chef, and she has an Instagram page, Chef Chi, dedicated to showing off her cooking skills, and tutorials on how to make delicious dishes.

Chioma recently made fried rice, and she showed if off on the Instagram page..

A troll, @daisynoel_ who wasn’t satisfied enough, likened the meal to vomit… she wrote; “To be honest this looks like puke”.

…and Davido who was quick to defend his girl, Chioma, replied the troll. “ur papa”.

Popular Nigerian relationship therapist, Joro Olumofin has shared a piece of advice to ladies who ask men for money. Olumofin stated that he was not...
Read more

BBNaija Star, Mercy Eke Steps Out In Church To Give Testimony (Video)

2019 Big Brother Naija winner, Mercy Eke, on Sunday stepped out in church to testify about her victory at the reality show. While the reality...
Read more