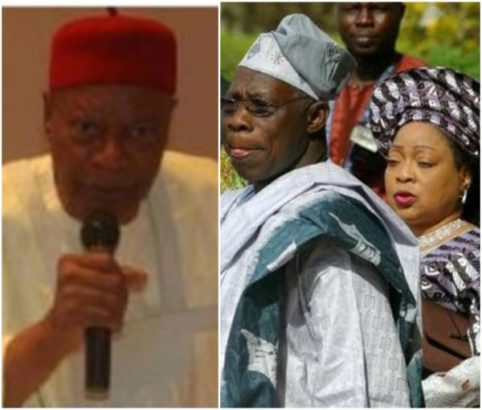 He died yesterday afternoon at the age of 99 in Iruekpen in Esan West Local Government Area of Edo State during a brief illness.

The late nonagenarian was the father of the late wife of Obasanjo, Stella.

According to a family source, until his death, Abebe was the Odionwere (community leader) of Iruekpen.

“He died this afternoon (yesterday) during a brief illness. He is the Odionwere of Iruekpen and by tradition, his death will not be announced until a meeting is called by his second-in-command,” the source said.