So Hilarious: Basketmouth’s Epic Caption On This Photo With Tinubu Will Leave You Cracking Up 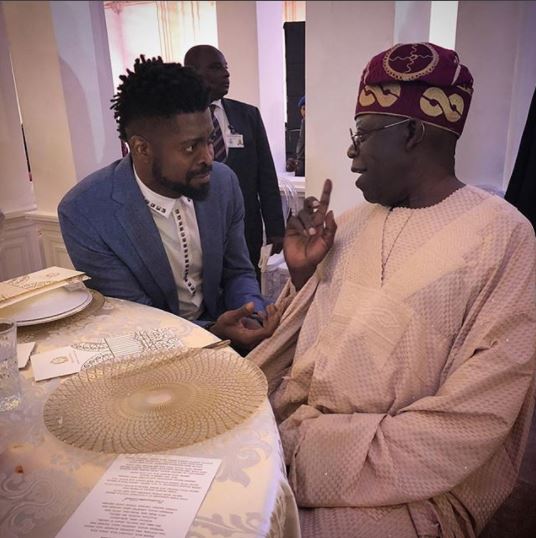 Basketmouth has sent his followers on Instagram cracking up with laughter with a new post he made on the photo-sharing platform.

The popular comedian is known for constantly giving his many fans on social media a reason to laugh with the hilarious posts he makes from to time. It is also apparent that his fans are not tired at all of getting more doses of the “laughing pills” from the comedian.

In the recent post he made, Basketmouth shared a photo of himself striking a pose for the camera with APC leader, Bola Ahmed Tinubu. He then made a funny caption that insinuated that he is being asked to run against Lagos State governor, Akinwunmi Ambode in the next elections.