Home Local News So Hilarious: Osi Suave Reveals How He Dealt With His Roommate Who...
Facebook
Twitter
WhatsApp 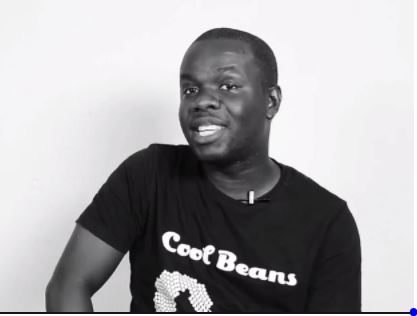 Popular Nigerian On Air Personality, Osi Suave, has told of how he handled a case of theft during his university days.

Osi revealed that his own roommate had stolen his money during his first year in school and when he confronted the man, he denied it, so he decided to deal with him in his own way.

Read his interesting story below as he told it on Twitter:

“My first year in Uniben i stayed in the hostel and it wad thr worst time of my life.

“One day towards the end of the semester i went to have my bath and before i came back someone took the 3000 naira in my wallet. Money for my anthropology text book.

“I left one of my roomates in the room and i was sure he was the one that stole it. I asked him and he flared up

“He was in final year i was a jambite. Tears welled up in my eyes so o planned for him.

“I went to intercontinental bank amd withdrew 2000 naira. Branched BDPA and bought a metal bucket and red paint.  I drew some inscriptions on it. Put 6 boiled eggs inside and returned to my room.

“When everyone returned that evening. I announced that id keep the bucket i got from my grandma in the room and i will br pouring a bowl of water inside it everyday and in 7days whoever stole my 3k the person’s stomach will explode

“Everyday i religiously poured water inside the bucket and i noticed the guy i suspected was just uneasy.

“As God would have it he now had malaria

“400 level bros covered in blanket and shaking and weeping. Baba hold my leg and was like bros abeg take back the 3k abeg

“I formed phone call and came back 1hr later and said it is 10k i will collect based on we need to do additional sacrifices.

“The bar fallout and i carried the bucket out and told him id be back.  I flung the bucket at the back of JSQ   and went to mama delta to flex my new found money.”