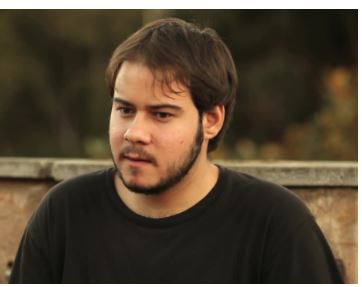 Though one of the three judges who oversaw his case made known her disagreement with the sentence.

In its statement, the National Audience said it had analysed 64 of Hasel’s Twitter posts as well as a song’s lyrics and found that put together, they not only went against state authorities but alluded “to the necessity to take a step further using violent behaviour, including using terrorism.”

The court gave as an example one 2016 tweet in which the rapper attached a photo of a member of the GRAPO, a once violent far-left group.  Hasel wrote: “Protests are necessary, but not enough, we support those who went beyond,” the statement read.

One judge, however, disagreed with the decision to sentence Hasel to jail. She considered that none of the tweets were “a call for violence,” according to a court document.  This is not the first time that Hasel has been condemned for glorifying terrorism.

In 2014, the National Audience sentenced him to two years jail for the content of some of his songs.  He did not serve time, as first-time offenders of non-violent crimes with a sentence of no more than two years don’t usually spend time behind bars in Spain.  But this time round, if the Supreme Court confirms Friday’s sentence, he will be sent to prison for four years to serve both sentences.

The news comes just over a week after the Supreme Court upheld a three-and-a-half-year jail sentence for another rapper, Valtonyc, for lyrics they said glorified terrorism and insulted the crown. The sentences have raised concern over free speech in Spain, but terror victim groups argue they do not want to see violence trivialised.