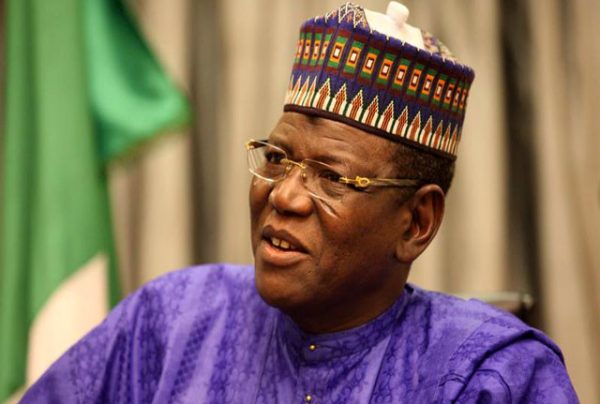 A former governor of Jigawa State, Sule Lamido, on Thursday said his presidential ambition was not out of desperation for power, but for genuine service to the people of Nigeria.

Mr. Lamido made the statement in Lagos during a meeting with members of the People’s Democratic Party (PDP) in the state.

He said his decision to contest for the number one seat in the country was out of commitment to fix the country and reposition it for greatness.

The former governor said the ruling All Progressives Congress (APC) had not done well in government, and so must be flushed out in the next election.

Mr. Lamido said the country had not fared better in security, economy and anti -graft war, on which they anchored their manifesto.

He cited the herdsmen killings and the resurgence of Boko Haram atrocities as some of the failings of the present government.

Mr. Lamido said the abduction of Dapchi schoolgirls, who were eventually returned, reflected the lack of capacity of the present government government to ensure security.

He urged the PDP to put its acts together to defeat the APC in 2019.

“We in the PDP should put our acts together and ensure we flush APC out in 2019.

“God would judge us if we allow the APC to return to power,” the ex-governor who is being prosecuted for corruption, said.

Mr. Lamido urged the would-be delegates to the PDP national convention to look out for merit, consistency and loyalty to the party in choosing the party’s presidential candidate.

He said he was eminently qualified to pick the party ‘s ticket as he was consistent, committed and an avowed member of the PDP.

Mr. Lamido thanked members of the Lagos PDP for the warm reception accorded him and thanked the party chairman in the state for facilitating his coming to Lagos.

He said he once worked in Lagos and felt at home being with the PDP family in the state.

In his comments, the state party chairman, Moshood Salvador, said members were delighted to have Lamido in their midst.

He said the high turnout at the reception showed how much members loved him.

Mr. Salvador dismissed the insinuations in some quarters that PDP was divided in the state.

He said the fact that party executives across the state were at the reception meant that PDP in the state was one.

“Whatever bad people are saying about the party in the state is nothing but all lies,” he said.

Mr. Salvador said he had done a lot to reposition the party since he was elected, and the spirit in the party was very high.

The News Agency of Nigeria reports that Lamido was accompanied on the visit by former Minister of Works, Mr Mike Onomalemen, among others.