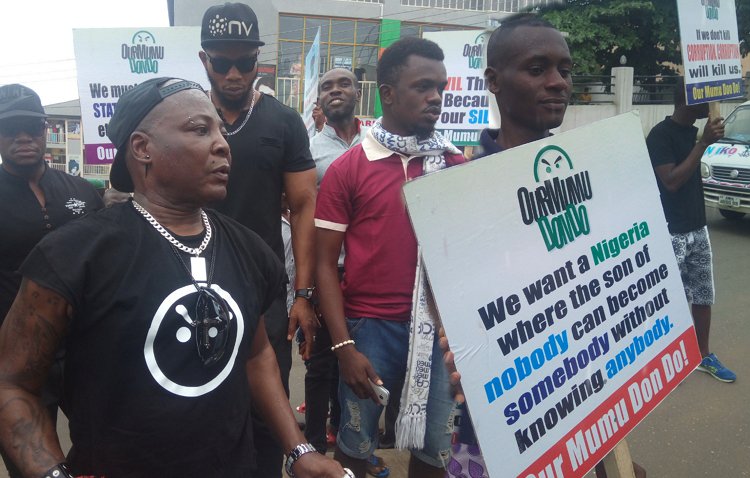 According to an Instagram post by veteran showbiz personality and activist, Charles Oputa, aka CharlyBoy on Wednesday, the National Assembly should just be scraped because Nigeria, with all the poverty and hunger in the land, shouldn’t have senators that are the most paid in the world. In his words;

“I believe that we should scrap the National Assembly. Too many 419ers, riffraff, scumbags and criminals.

“Honourables who are dishonourable. Distinguished who are riffraffs. Criminals in suits and Agbada. With dis kin poverty and hunger in the land, why are our senators the most paid in the world. Let’s do away with this yeye Senate, save money, so that the common man can have a life.

“Very soon we will occupy to protest against the huge waste of our resources. God punish evil people. #ourmumudondo.

“This change has changed many people to kidnappers, armed robbers, and paupers.

“Whoever shuts his ears at the cry of the poor, they also shall cry themselves, but not be heard.”

Do you agree with the area father?