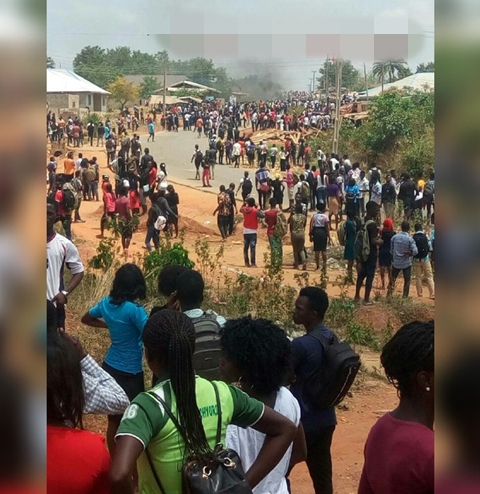 Scene of the crisis

According to a statement by the public relations officier of the Federal University Oye Ekiti, there is currently a clash between students of the institution and some residents of the community.

An eyewitness who sent a SOS Whatsapp voice note over the incident, said:

“Very early this morning there was a disagreement between a Bike Man and a HOD of a Department (Name Withheld). Which leads to the HOD been physically assaulted by the bike man and some Indegenes. 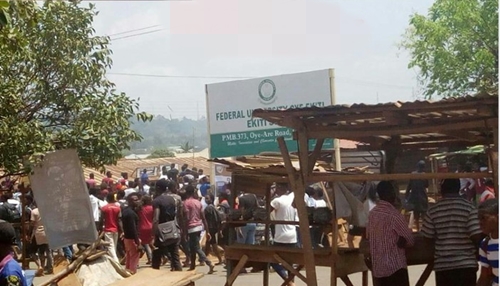 “So some students need to take sides to support and rescue the HOD out of the ugly situation. This Leads to a Fight between students and Indegenes. And later leads to the blockage of motorists on the Campus road

“Later the Indengenes were seen with Dangerous weapons like. Local Hunting Guns, Machetes, and some Traditional Rings (Iroka).

“The SUG Assitance President. Comr Ayodinho Was also assaulted in his pursuit for some Aluta Movements.” (sic) 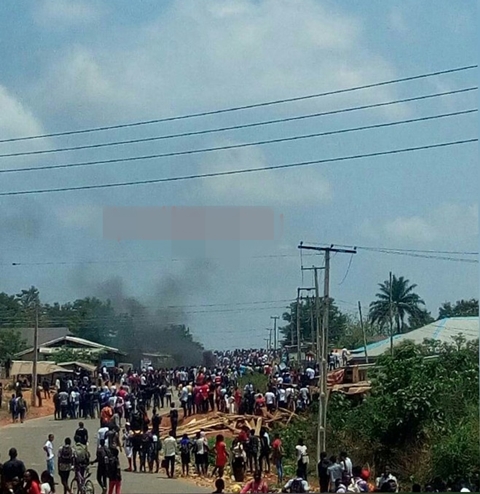 It was gathered that two students were allegedly killed during the riot.

However, the school management has sent out an internal memorandum directing the students to proceed on a mid-semester break with immediate effect and until further notice. 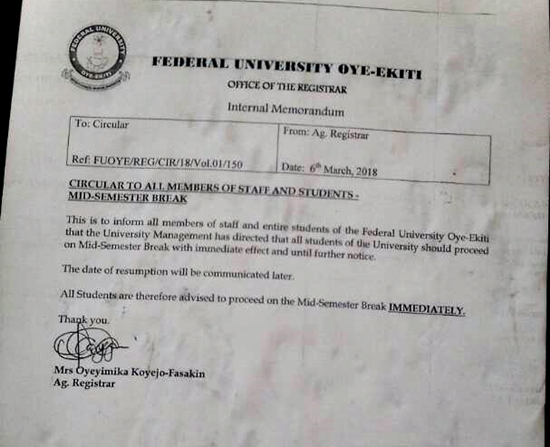