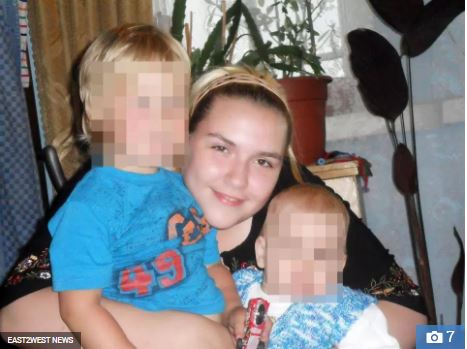 A crazed Russian cannibal butchered a mum-of-two, cooked her heart on a stove and ate it before telling cops: “I’m lying in blood”.

Alexey Yastrebov was held in the Siberian city of Krasnoyarsk after stabbing 27-year-old Ekaterina Nikiforova in the neck and cutting out her Adam’s apple with a kitchen knife.

Then he gouged out her heart and left lung and cooked them on the stove in his cramped rented flat, according to local law enforcement.

He phoned the owner of the flat Zhanna Avdeeva, 31, and told her: “Call the police and ambulance.

When paramedics arrived he told them: “There’s a heart cooking on the stove.”

He confessed to police: “I told her I would eat her heart, so I did.”

Before calling Avdeeva, Yastrebov had tried to kill himself by plunging scissors into his neck, but failed, police have said.

The 35-year-old is now under police guard in the intensive care ward of a hospital.

“This poor woman was lying in the same room,” said the flat owner.

“As well as her chest cut open, her neck was slashed.

“He had cut out her Adam’s apple. I couldn’t look at all this.”

The victim, a single mother, had two daughters aged seven and three.

Evgeny Avdeev, 31, Zhanna’s brother, said the cannibal was his close friend, and he could never imaging he could do something so “evil”.

“My hair is standing on end,” he said.

“I think they must have been drinking and some conflict happened.”

Police are also checking if drugs were used.

Avdeeva said she would call a priest to “cleanse” the flat after the evil killing.

“Everyone will know about this, all the neighbours.

She added: “I will invite a priest to say prayers here after the discovery of this corpse.”