A businessman has ditched his brogues for a six inch pair of stiletto heels to wear for work.

Ashley Maxwell-Lam, who recently moved from Queensland to Sydney, Australia, was prompted to change his footwear after his female colleague told him “her heels made her feel powerful”. 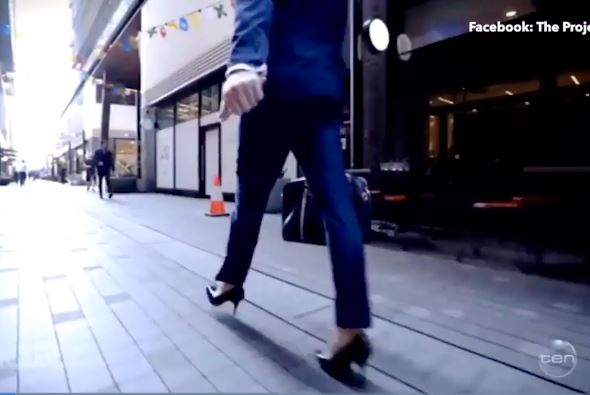 He told news.com.au: “Exactly what she [his colleague] said rang true. I’ve never felt more empowered than when putting on a pair of stilettos and walking through a marble lobby.”

Describing his look as “dapper feminine”, Mr Maxwell-Lam insists he doesn’t want to become a woman, he just loves the “contrast between masculinity and femininity” which makes people “question things”.

Ashley added: “I’m not going to lie, I like the attention, it’s an out-there thing to do, but it’s not the reason why I do it.”

Ashley claims to receive the most abuse from people within what he described as his own gay community. 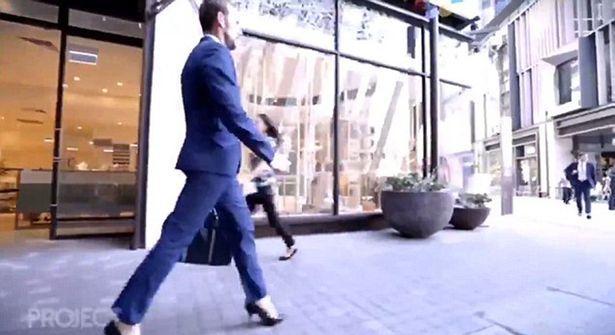 He claimed some asked him, “why are you wearing a heel, that’s disgusting, you’re a man?”

Refusing to be slapped down by their comments, Ashley said his mum taught him to be resilient, so he takes “good with the bad”.

While he doesn’t wear heels day in day out, when he has new clients to meet he does make sure to slip them back on.

“It’s a huge talking point, an icebreaker,” he told the news site.

Mr Maxwell-Lam’s choice of footwear may fuel curiosity among Aussie locals, but he could easily strut his stuff on the hilarious money supermarket advert.