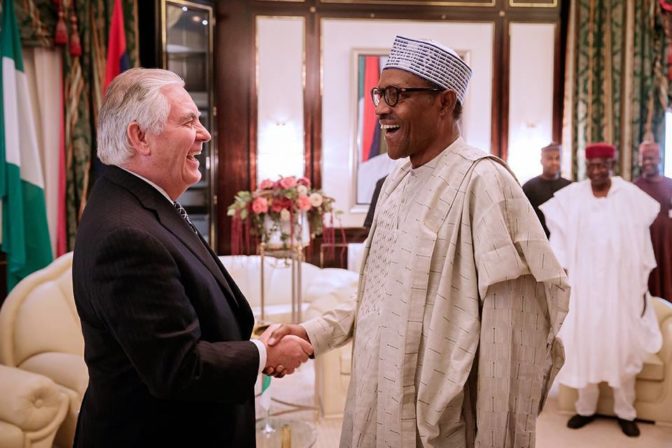 The United States Secretary of State, Rex Tillerson on Monday met with President Muhammadu Buhari at the presidential villa.

Speaking on why he visited the Villa, Tillerson expressed optimism that Dapchi school girls recently abducted by Boko Haram would be released peacefully through some sort of negotiation.

Addressing the press after the meeting with the president, he also stressed the assistance his government was giving to Nigeria towards rescuing the girls and their Chibok counterparts still in Boko Haram captivity, including providing materials, intelligence training, among others.

He affirmed that Boko Haram remains a threat not just to Nigeria but the subregion.

Tillerson commended President Buhari for leading the subregion in the fight against terrorism as well as his fight against corruption which he noted had earned the president recognition at the African Union.