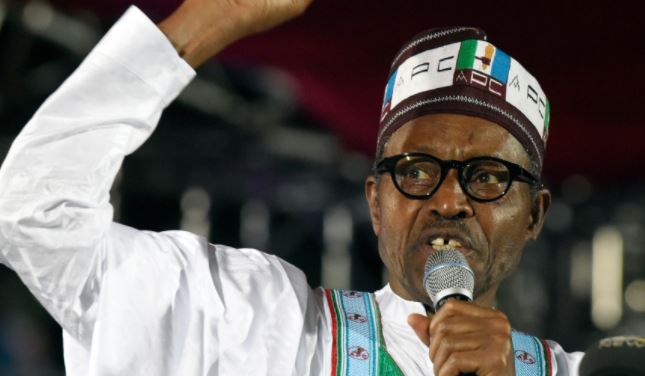 Incidents in the last couple of months have proved that President Muhammadu Buhari’s achievements in office might be a smokescreen with reference to the three cardinal points of his electioneering campaign.

The former military dictator was railroaded to power based on the major promises of:

(1) Creation of jobs (at least three million jobs per year).

As at the 3rd quarter of 2017, an estimate of 7.74 million jobs have been lost under Buhari according to the National Bureau of Statistics, NBS with one of the Bretton Woods institutions – International Monetary Fund recently stating that Nigerians are becoming poorer in its March, 2018 report. In the commercial capital of Nigeria – Lagos State today, it’s not quite aberrant to find that your ever busy working class neighbour unusually sitting at home on a Monday morning as a result of the rampant cases of sack especially at private firms.

As for the anti-graft war, under Buhari’s nose N400 billion was paid as bribe by Nigerians especially to the public officers where the Nigeria Police Force rated as the worst in the world emerged as top gainers according to last year’s research by the National Bureau of Statistics. The Transparency International also revealed that corruption in Nigeria worsened last year amid frantic efforts by the President to sanitize the system.

What about the menace of insecurity? Has Boko Haram being defeated truly, technically or politically? Only parents of the abducted 110 students of the Government Girls Science and Technical Secondary School girls in Dapchi town, Yobe State and victims of the regular bombings in the north-east might have trusted answers.

The Fulani herdsmen described as militants have also emerged as the fourth deadliest terrorist group in the world according to the 2015 Global Terrorism Index. They have been rated behind Boko Haram, ISIS and al-Shabab. Fulani herdsmen have continued to kill freely, rape, maim and destroy vast properties across the geopolitical zones in the country with slow reactions from security agencies and the Federal Government. To make matters worse, Buhari who is supposed to be the Commander-in-Chief of the Armed Forces has appointed an Inspector General of Police, Idris Ibrahim who has refused to take directives from him without sanctions.

Boko Haram is still very much operational, making lump sums from detrimental negotiations with the Federal Government on hostage release as they continue to attack military zones with unidentified militias also hunting down lives at the slightest provocation in Zamfara, Adamawa, Benue, Plateau, Kaduna and Taraba States.

In the light of the above major failures and a sharp decline in popularity, how will President Buhari market himself to the electorate ahead of the 2019 presidential election when the former military general is expected to throw his hat in the ring again?

Well, since the acts of buck-passing and preaching patience have become ineffectual, Buhari might as well ignore the potency of the ballot box and influence his re-election with the machinery of state regarded as the power of incumbency which a former president Goodluck Ebele Jonathan failed to exercise till the end in 2015.

Buhari’s possible re-election in 2019 which is thousands of miles away from merit will be predictably hinged on three major factors below:

(1) Decimation of the PDP/Confusion among the electorate

The wild wind of anti-corruption in Nigeria which has rocked the ship of the PDP coupled with past records of misrule has demonized the main opposition party in Nigeria. With the media and court trials of the party members under the Buhari administration, a voter might refuse to use an umbrella under a heavy downpour or scorching sun to prevent an indirect support for or representation of the party which uses an umbrella as its logo.

Nigerians have become to disillusioned that the electorates are wary of trying the new crop of young leaders like the publisher of Sahara Reporters Omoyele Sowore, Professor Kingsley Chiedu Moghalu, motivational speaker and entrepreneur Fela Durotoye amid the #NotTooYoungToRun campaign or return to the PDP days tagged ‘free looting’. This is a cul-de-sac; since we can’t move forward or backward, automatically, the aged Buhari remains the viable option.

It is widely believed in the north (I hope I am wrong) that a dead Buhari at the Aso Rock villa is better than any fresh head from Nigeria and this might not be far from why mammoth crowds trooped out to support him in his last visits to Kano and Yobe States even in the face of the Dapchi school girls kidnap.

With Buhari’s abysmal performance in the face of high hopes of positive change in 2015 which prompted massive participation in the electoral process, some Nigerians have resigned to their old beliefs that Nigeria might never get better and all politicians are liars churning out fake and juicy manifestos to rob people of their votes.

With 8 million unclaimed Permanent Voter’s Cards, PVCs in the country, it’s safe to say the age-long apathy towards politics is about to get worse. About 16% of Nigerians (29,432,083 million out of over 180 million people) participated in the last presidential elections despite the intense heat it generated.

The supposed youths who are the proclaimed leaders of tomorrow have ignored political affairs to find masturbatory satisfaction and solace in the ongoing Big Brother Naija reality show. This might not be far from a long history of disenchantment by previous administrations eating off the destinies of the people for their self enrichment.

In Nigeria today, the reason why most people are starkly poor is the same reason why a few are monstrously opulent as they have signed fat cheques in the names of the poor masses with the powers of public offices. In a nutshell, this developing political remoteness is expected to maintain the statusquo in favour of Buhari.

(3) Power of incumbency and dirty politics

This is the crux of this article because of the trend of international politics today.

In recent times, most incumbent leaders either go after their strong competitors and decimate them with powers attached to their office or amend the constitution to accommodate their political ambitions like former President Olusegun Obasanjo’s botched third term bid.

We have read about how Alexei Anatolievich Navalny of Russia, a saleable candidate challenging President Vladimir Putin has been barred from contesting for president over corruption with reports having it that the charges were politically motivated.

The late Morgan Richard Tsvangirai suffered the same fate in the hands of former President Robert Mugabe of Zimbabwe in which he was tortured, threatened with death and locked up behind bars in a bid to clip his wings and derail his political ambition.

President Youwerri Museveni of Uganda has held power under the umbrella of the National Resistance Movement since 1986 despite his lack of popularity. He has set anti-democratic structures which have left the main opposition figure, Kizza Besigye at his mercy.

President Uhuru Kenyatta of Kenya was also accused of influencing the 2017 presidential election results to secure his victory against the self acclaimed people’s president Raila Odinga. The second election organized after a Supreme Court judgment has been described as a sham which was largely boycotted across the country thereby causing crises which led to the death of about 90 people.

President of Egypt, Abdel Fattah el-Sisi has mastered the leaf he borrowed from the playbook of these power-drunk leaders as he has simply forced there major opponents in the forthcoming election to abandon their ambitions thereby leaving him to run technically unopposed as the other present challengers are apparently insignificant.

A former military chief of staff Lieutenant General Sami Anan, Ahmed Shafik, former prime minister and air force chief, Mohamed Anwar al-Sadat, the nephew of assassinated President Anwar al-Sadat who have been described as worthy candidates that could give him a run for his money at the polls have pulled out of the presidential race after being reportedly intimidated by government forces.

Another popular figure, rights lawyer Khaled Ali has said he will still run, but he might be disqualified over an ongoing legal case against him.

We will not also forget the ‘born again’ and football-loving president of Burundi, Pierre Nkurunziza who defied the constitution to run for a third term in 2015 amid nationwide protests leading to several deaths. Despite the glaring rejection by his people, he manipulated the election results and held unto to power against the will of Burundians. Under existing laws, Burundian presidents are limited to two five-year terms.

Unrest that has gripped Burundi since April 2015, when Pierre Nkurunziza who has been in power since 2005 announced he would stand for a third term. Nkurunziza has been accused of killing hundreds of his people. He left the economy moribund and forced about 400,000 people to seek safety in neighboring countries. Burundi’s cabinet in October, 2017 backed a constitutional change that would allow its president to stay in office until 2034, widening a political rift that has driven the country progressively deeper into crisis.

Other African leaders have in the recent past also tinkered with or defied their constitutions to extend their rule, including Rwanda’s Paul Kagame and Democratic Republic of Congo’s Joseph Kabila.

The crown prince of Saudi Arabia, Mohammad bin Salman under the guise of fighting corruption purportedly eliminated the political obstacles that would prevent him from consolidating power as successor to his father – Salman bin Abdulaziz Al Saud, 82.. The rich and influential figures in Saudi Arabia were arrested and locked up in a hotel where they are allegedly tortured with a price of $100 billion slammed on them to secure their freedom. MBS as he is fondly called masterminded the arrest of the prominent billionaire investor Prince Alwaleed bin Talal, plus at least 10 other princes, four ministers and tens of former ministers. The Ritz-Carlton hotel in Riyadh has been commandeered to house almost 50 Saudi royals including cousins of MBS.

President Xi Jinping of China last week rode on the massive goodwill of his administration to make himself a life president exploiting the weakness of the Chinese parliament – National People’s Congress peopled by his staunch loyalists.

In essence, these few cases have shown that the popularity of an administration might not count in securing continuity. Most leaders especially in Africa lack legitimacy of mandates but they maintain their grip to power by muzzling the media and other dissenters.

One of the odd signs of an occurrence of such in Nigeria is Buhari’s decision to ban about 30 correspondents from various media organizations from reporting his visit to Benue State where he was coldly welcomed with some protesters reportedly manhandled by security operatives in a bid to suppress their agitations. According to reports gathered, only seven handpicked media organizations were allowed to cover the President’s visit which is a blatant limitation of press freedom.

Former President Jonathan was nice to stick to his words that his ambition is not worth the blood of any Nigerian. President Buhari who prefers attending upscale wedding ceremonies and NOT troubled states in Nigeria might not be that gracious considering his military background.

On a lighter note, President Buhari’s administration has also recorded some fantastic achievements that will never be forgotten in a hurry. He has invested much in capital projects across the country (Vice-President Yemi Osinbajo once said that the Buhari administration spent N1.3 trillion on capital projects in 2016, the highest in the history of the country), grown the excess crude account to $42.8 billion, negotiated the release of some of the Chibok school girls, intensified the war against terrorism and putting Nigeria in the World Bank list of top 10 most improved economies in the world according to the 2016/17 Doing Business report amongst other enviable feats.

Osayimwen Osahon George is a Journalist and a Political Scientist based in Lagos State.