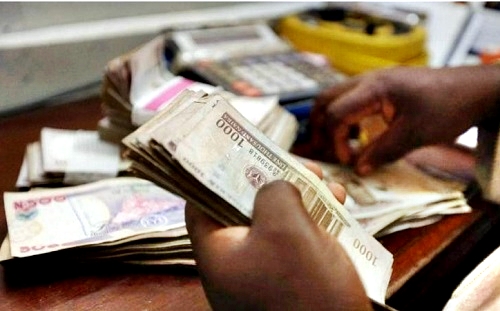 Women in the FCT on Wednesday expressed divergent views on why they operate secret bank accounts without the knowledge of their spouses or partners.

Some of these women told News Agency of Nigeria (NAN) in Abuja that the reasons for shielding such accounts from their husbands range from mistrust, fear of separation and behaviour change.

However, some said it was to enable them to save money for the `rainy day’ as well as to assist their family members without unnecessary confrontation from their husbands or partners.

Jummai Danladi, a health worker, said that she did not trust her husband and had no confidence that her marriage would stand the test of time.

“I do not trust my husband because he cheats on me indiscriminately; his infidelity is affecting our marriage; the marriage may collapse any moment; that is why I am secretly saving for the rainy day.’’

According to her, the money she is saving without his knowledge is to enable her to take care of herself and the children when the need arises.

Meanwhile, Bunmi Ade, a sales representative, said that her husband is a spendthrift and mismanages the family’s resources.

“My husband and I have a joint account but I had to secretly open another one because he squanders the money on frivolities.

“However, when an important and urgent need arises we end up borrowing to solve it,” Mrs. Ade said.

According to her, she lends him money from her personal savings and collects interest claiming it is from her office cooperative to dissuade him from spending indiscriminately.

Loveth Chukwuma said her husband’s lack of respect and regard for her and her family led to the non-disclosure of her financial status.

“My husband has little regard for my family and rarely attends to their needs even when it is urgent.

“In order to avoid friction, I operate my account without his knowledge and I use my money to cater for my parents and personal needs without bothering him.”

Similarly, Gift Emmanuel, a food vendor, said she hid her money from her husband because it was his responsibility to carter to the needs of the family.

“Him money, na our money: it is his responsibility to provide everything that will be needed in the house. After all, he promised to do that when I married him.

“It is an irresponsible man that would expect his wife to take care of financial obligation of the family, especially when he is working,’’ Mrs. Emmanuel said.

Mrs. Emmanuel explained that her decision not to contribute to the upkeep of the house stemmed from experience, where her husband pushed all the responsibility to her.

“There was a time my husband left all the burden of feeding on me, even though he was working; it crippled my food business.

“It was through the intervention of my brothers and the Church that I recovered and he was advised to be responsive that is why I don’t contribute in the house anymore.’’

On her own part, Deborah Ezekiel, a development worker said she did not hide money from her husband because they did not keep secrets from each other.

“We do not hide anything from each other; we share and have access to all our accounts and assets,’’ Mrs. Ezekiel said.

She explained further that this had strengthened the bond between them.

Meanwhile, some men are of the opinion that women would never disclose the actual amount of money they had because it was their nature to be secretive over financial issues.

Buchi Eze, a businessman said although it was the responsibility of the man to provide for the family, the wife should support him for the good of the family.

“Although, it is believed that some couples hide money from each other; women are accused of being the greatest culprits in this regard.

“Some would keep their money intact and expect the husband to take sole responsibility for everything even when the husband is not financially buoyant.

“But in some countries, the reverse is the case, whereby you will find women sharing responsibilities with the man because they were brought up to partake in any responsibility irrespective of gender,’’ Mr. Eze said.

Similarly, Noah Sarki, a resident said couples who concealed their financial status from each other showed they lacked trust and were secretive to each other.

“Regardless of the motivation, concealing financial status from your partner shows an underlying problem within the relationship.

“And I believe trust is the foundation of any peaceful home and how couples handle money will reveal their faith in each other,’’ Mr. Sarki said.

He stressed the need for couples to be open in every aspect of their relationship to avoid issues that would culminate to bigger ones, which would affect their homes.

According to Emmnuel Deji, a businessman, “I don’t have to ask my wife to support me because when the need arises, she will support without asking.”

However, Mr. Deji stressed the need for husbands to treat their wives with understanding, love and respect.

“If you treat your wife right, she will willingly assist with her finance but if she suspects you of infidelity, lacking trust or love for her, she will definitely hide her money from you,” Mr. Deji said.

Also, Patience David, a marriage counselor, spoke on the need for couples to be open about everything in their marriages or relationships, especially finance.

“Communication is paramount in any relationship and if couples are open to each other without hiding anything, particularly finance, they will not have much problem in their homes.’’

Mrs. David therefore advised couples and partners to show love, respect and support each other to forestall any problem that might arise in their marriages or relationships.