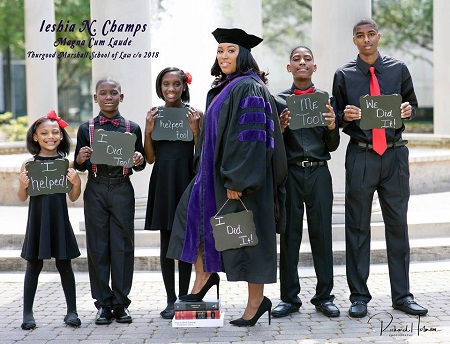 Leshia Champs with her children

A single mother of five has become an online sensation after she scaled all obstacles to bag a law degree.

According WSVN, Leshia Champs, 33, posted the photo with her five children, wearing a cap and gown while holding a sign that said, “I did it.” The photo has quickly spread online, showing that it’s never too late to realize your goals.

Champs is about to graduate from Texas Southern University’s law school… with honors. It’s a crowning achievement that began with plenty of adversity.

She said she ended up homeless while she was still in high school, bouncing around to stay with different friends. She ultimately dropped out, and had her first child at 19.

Champs said she soon lost her mother, and then the father of two of her children died from cancer while she was seven months pregnant.

Not long after, she lost her home in a fire.

“I literally, literally tried to commit suicide,” she told Fox 26. “It was just that bad.” 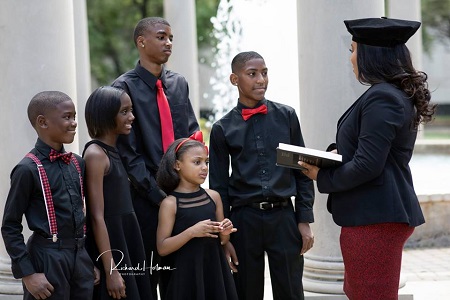 It wasn’t until the pastor and first lady at her church encouraged her to get her GED in 2009 that Champs began to turn her life around.

“I figured I was too old, I had too many kids, and there was no way possible,” she said.

But upon finishing her GED, she kept going, eventually enrolling in TSU’s law school to realize her dream of being a lawyer, a career she aspired to as a little girl.

And though it wasn’t easy, she said her kids helped her with her studies, quizzing her with flash cards and serving as a mock jury. 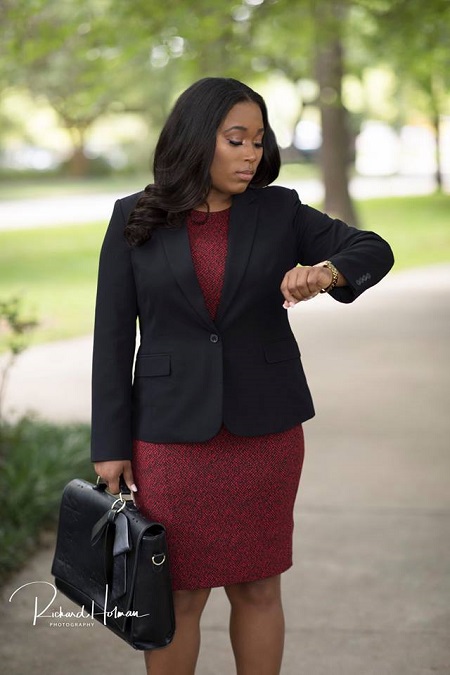 Her 14-year-old son David said he isn’t surprised that so many find hope in his mother’s story.

“I knew a lot of people would be inspired because I was inspired,” said her son David Jernigan, Jr. 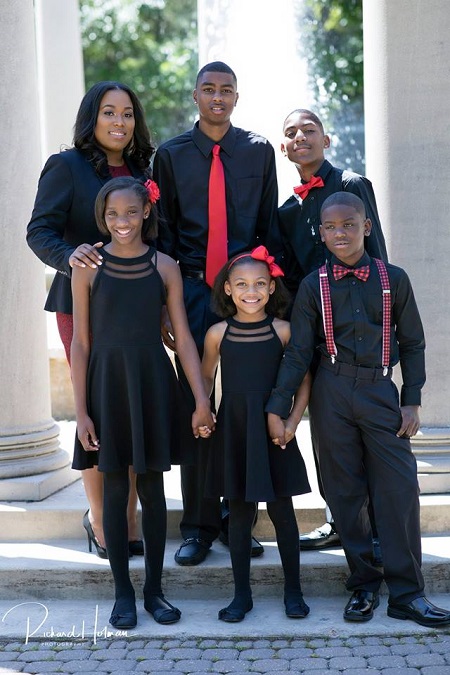