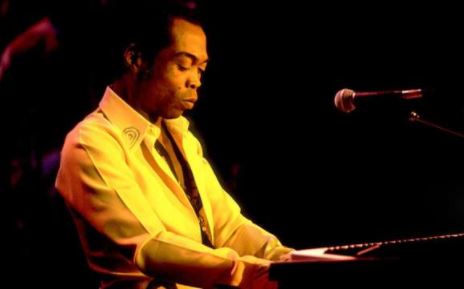 One prevailing thing about the social media is its fleetness in drawing up comparisons and trying to render every event or person outside this generation as inferior to what is being achieved today.

In the world of football, many are quick to tell you that iconic figures like Pele and Maradona weren’t that much of a big deal after all. On the music streets of Twitter, the feats of Afrobeat legend Fela Anikulapo Kuti have been ridiculed with attempts to even water it down.

Sometime in October 2017, Fela Anikulapo Kuti was a trending topic on twitter.

He trended not because the year marked 20 years since his passing away or his legacies were celebrated. Fela was being compared to pop sensation, Wizkid and the older generation were having none of it.

Shortly after the success of his sold-out concert at the Royal Albert Hall in London, Ayodeji Balogun popularly known as Wizkid earned glowing tributes and justifiably so. But this time, Nigerians went over the edge and over did it by comparing him to Fela.

The superstar himself who wears a tattoo of the icon stated in a recent interview with HipTV that he cannot be compared to the Abami Eda.

Just in case you need further reasons, here are 5 more why no artiste should be compared to Fela.

1. Fela was more than a musician

For Fela Kuti, music was just one form of expressing that which he was born to do.

Fela who was also a composer and a multi-instrumentalist pioneered a genre that has outlived him and carved a path that younger acts are trodden on to successful heights today.

Afrobeat is a genre of music that he created in 1968 to set him apart from any other sound at the time and this is a genre that lives on till date.

2. Fela was an activist who lived for the cause

With songs like ‘Zombie’, ‘Army Arrangement’, ‘Sorrow, Tears and Blood’, Fela rattled the powers that be.

Zombie sparked off a series of government attacks that led to the death of his mother and the Abami Eda responded by delivering his mother’s coffin to Dodan barracks, which served as the commander in chief’s house at the time.

He then went ahead to record more revolutionary songs like ‘Unknown Soldier’ and ‘Coffin for the head of state’. Fela was always outspoken and got arrested severally for his activism.

3. Fela became a culture, a way of life

His influence went far and wide that younger artists wanted not just to be like him but to be him.

Nigerians irrespective of their background or religion associated with the Abami Eda. The young ones adore him, tattoo his name and images on their body and frequently visit the African Shrine in recognition of his feats.

4. He has more legacies than your favourite artist

Fela’s name roared when he was alive, but after his death it has further gotten recognition and reverence across different fields.

In movies, from the Fela broadway stage plays which was nominated for 11 Tony Awards and has been preformed in various countries round the world to Finding Fela, a full length documentary by Alex Gibney.

There has also been ‘Fela in concert’, ‘Fela Kuti – Live at the shrine’, to name a few.

In arts, Fela had a 2013 museum exhibition in the United Kingdom in honor of him titled ‘The Black President Exhibition’ which had over 15,000 pictures time-lining his life and journey displayed, and the annual Felabration festival held in honour of his name.

He also has numerous books published in his memory.

5. The man and his controversies

From living life as a rock star, to performing in only his underpants. Fela Kuti attracted dissension at every turn.

Fela is also renowned for his marijuana smoking, getting married to 27 women in one ceremony, once setting up a political party, Movement of the People where he tried to contest for the presidency and at his death, it was discovered that he had died from complications relating to AIDS.

Fela Anikulapo Kuti conquered the world without even intending to. He became a voice for those who could not speak up. His body of work was consistent and his name is even stronger in death.

Many have come after, many will do great feats in their time, but with the man ‘who carried death in his pouch’, there is no second coming, there is none like Fela Anikulapo Kuti.