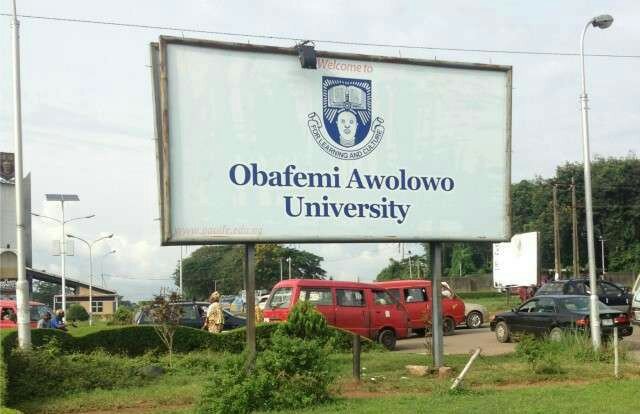 The public relations office of the Obafemi Awolowo University Ile-Ife in Osun state , Abiodun Olanrewaju, says the female student involved in the sex-for-mark scandal currently rocking the institution, has refused to come forward to testify before the panel that has been set up to investigate the matter.

In an audio convesation which has since gone viral, a lecturer in the school, professor Richard Akindele could be heard telling a final year female student, Enitan, that he will have to sleep with her five times before she can pass his course which she failed.

Speaking on a programme on Rave FM in Osogbo, the state capital on Wednesday April 11th, the OAU spokesperson said the incident happened last year.

According to Olanrewaju, the victim is said to be apprehensive that the lecturer might lose his job if she comes forward.

He said;
”We have put machinery in motion to ascertain the veracity of the claims and identify the characters involved. As I am talking to you now, the management has taken a position which we will be working on now. On the day that the audio was leaked, the vice chancellor and other principal officers of the university acted, including the legal director of the university. We set up a committee and the vice chancellor gave the committee one week to submit its report. After that, we will know what to do.

The incident happened last year. We have been calling her (the student’s) line, but she is not responding to her calls again. We learnt that she confided in someone that she did not want the appointment of the man (lecturer) to be terminated because of her case. The panel has been set up and query has been given to the man; but we need somebody to come up that she was the one that was sexually harassed and the person is not in sight.”

The Economic and Financial Crimes Commission (EFCC) has reacted to the latest ranking of Nigeria by the Transparency International Corruption perceptions Index. The anti-graft agency...
Read more
- Advertisement -