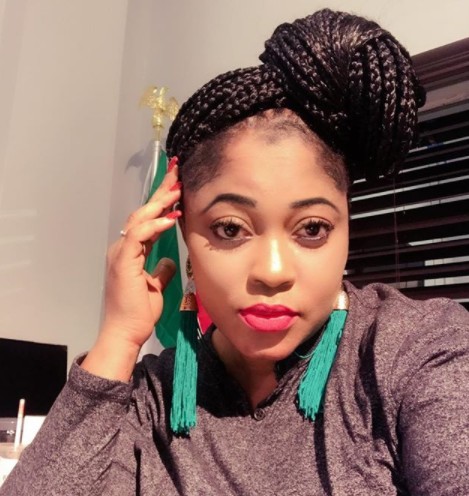 Nollywood actress, Biodun Okeowo has been called out by a fan after she gave an inconsistent story of her grass to grace growth. Few days ago, the actress narrated via Instagram how she got pregnant mistakenly eighteen years ago which made her face many struggles in life before she eventually made it.
Biodun Okeowo wrote:

”Eighteen years ago, I got pregnant. A mistake I thought has ruined my life. People laughed, jeered and mocked me… #YetIwon#
The embarrassment was too much, that it gave me strength to decide I must go back to school. I enrolled at L.A.S.U (part-time)

With no support from anyone except my mum. I did so many menial jobs to cater for myself and the new baby.
I fried doughnuts and Chin chin, which I supply to retailers on campus.
I sold rice outside mummy’s shop on days that I have no lectures.
I sold hair extensions, make hair, ‘stay awake overnight to make hair for people (one million braid) was in vogue then.

I remembered a particular day I fed my son with soaked garri! Yes, I couldn’t afford a tin of even the cheapest ‘My boy’ baby food then.. #yetIwon
I struggled, refused to beg, worked, toiled, laboured to be able to stand on my feet. Whatever you are going through be strong, positive, hardworking, and steadfast.
And No matter how poor you are, invest the little you get into something.

Fast track to 2006 I joined the movie industry after my IT at The Lagos State Television Agidingbi. Acting is another chapter in my life. I experienced mockery, intimidation. I was called different names, looked down upon, aliases like “Biodun oni cut and sew” and “Tolani Alankara”

I could not afford the expensive cloth/costumes. I was not sophisticated enough. #YetIwon.
Dresses/dressing didn’t pave way for me neither did it stop my success. However, my God given talent make it all possible and easy.
The name people call you today doesn’t define you… be focused, strong, determined and be content with whatever you have.

I almost quit because of intimidation, but that strength of “i must make it” came into play. I refused to be intimidated,bow to pressures,or borrow.
I was contented with my “cut and sew”. #yetIwon

Then came the trial that pushed me into becoming an entrepreneur.! For two years I was ignored, no movie jobs, not because of inexperience but because of… yet I persisted. #yetIwon.
I prayed,fasted, and believed in myself. Thereafter, I did a movie that launched me back into reckoning #YetIwon#strongwomen#M

That experience pushed me into the business world in 2011, which wasn’t a success but I wasn’t discouraged. I ventured into another, gave all my being… prayer, Time, money.. Here I am.. a proud girl.. proud of the woman I become, I AM A WINNER.
Don’t be pushed. Your time is different from mine. Mine is different from yours. God’s time is the best.
The rejected stone has now become a cornerstone”. 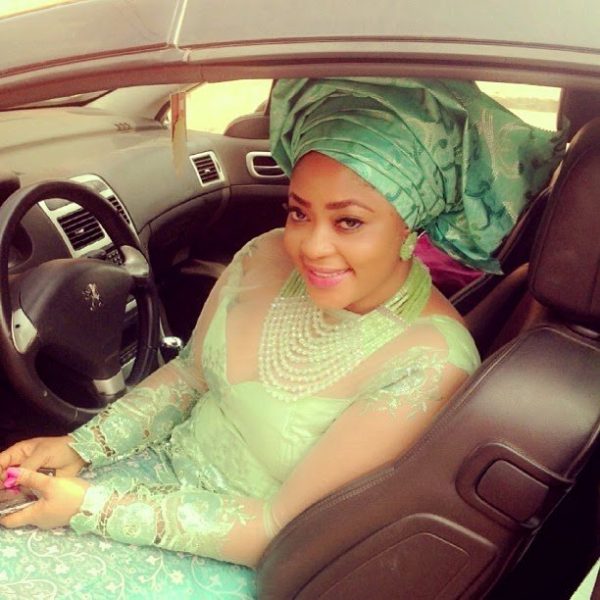 However, a fan of the curvy actress with retentive memory called her attention to an interview in which she claimed she got married as a virgin, which is quite different from her narrative of getting pregnant eighteen years ago. Read the interview below.

As unbelievable as it may seem the actress married as a virgin. At least, she told Potpourri that much in a recent chat. Now, how many women can come forward with such a claim in this flurry-hurry world of quick fix.

“Yes, I did and I can boldly say that,” she declared.

She then went on to bemoan the spate of pre-marital sex among the youths these days, saying it is not a good sign for the future

“It is saddening that pre-marital sex has taken over our time. In the past, most of our men would disassociate themselves from girls who have been deflowered outside wedlock. Then, a woman’s virginity was her pride but time has changed and human beings have changed. I am not happy about it. Maybe we should blame civilisation or modernisation for this. I pray for God’s intervention in this era”

Describing her first encounter with sex, she says

“My first experience was full of fear, uncertainty, pain and alas! I loved it at the end”