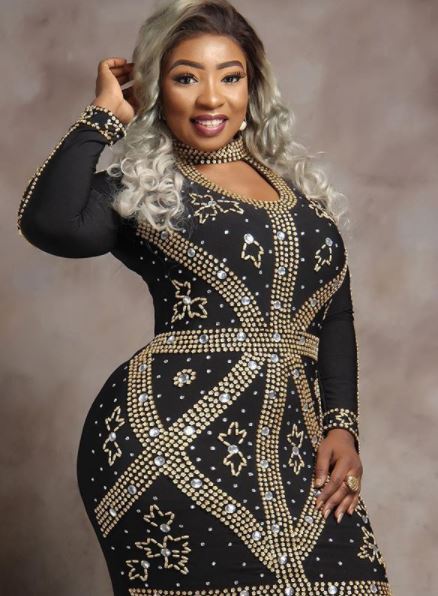 Anita Joseph has been forced to abandon work to reply online troll accusing BBNaija Alex of being a husband snatcher.

The former Big Brother housemate, Alex shared a recent photo which captured herself and Tobi smiling in a similar pose and a non Alex fan would have none of it.

The lady, identified as ami_pinky took to the comment section of the photo and expressed displeasure as regards her current relationship with the Tobi and tagged Alex a husband snatcher. 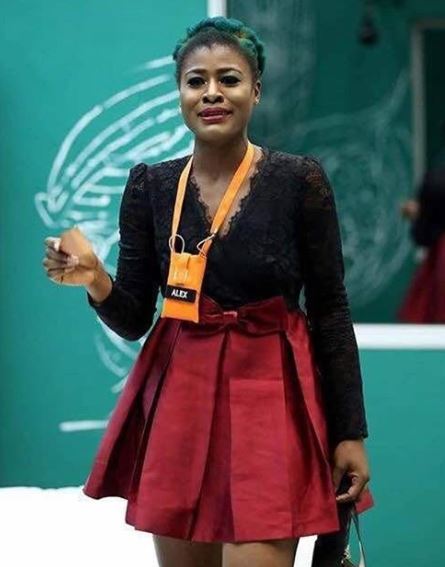 This attack of course did not go well with famous actress, Anita Joseph who replied the rude comment.

Check out Anita’s defense below: 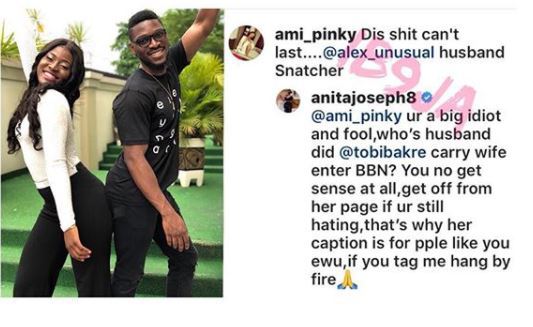