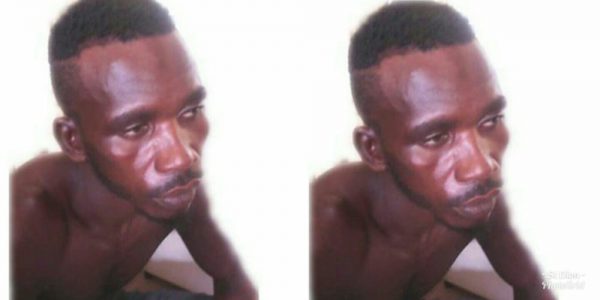 Yusuf, a truck driver that was arrested in the early hours of yesterday in Badagry area of Lagos State, has revealed that he drives a truck by day and turns to a robber at night, “but I do not carry gun” he said.

He was nabbed after a foiled robbery operation and an attempt to rape his female victim.

It was gathered that the suspect scaled the fence into the building at about 1am, after which he entered one of the apartments where he dispossessed a woman of her valuables. 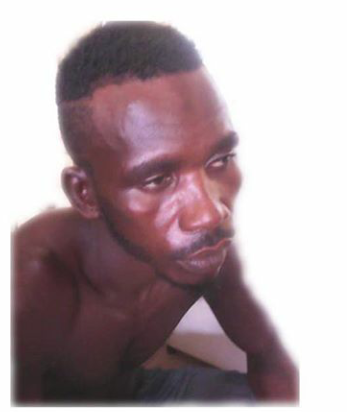 Not done, he proceeded to another apartment where he met a woman identified as Mrs Akanbi. In an interview with Vanguard, Mrs Akanbi said:

I woke up around 1am to find an unknown person in my kitchen with a knife. Unknown to me, he had been to my bedroom where he collected my phone and the only N100 I had at home. Immediately I asked who he was, he grabbed my hand and dragged me outside, threatening to kill me if I raised alarm. On the way out, I discovered that the gate was opened, including my door. I begged him not to hurt me, that the only thing I had was the N100 note and my phone. To my shock, he said I should allow him have sex with me quietly, since I had no money. At that point, I ran out and called for help. It was then I realised that my neighbour, whose house the suspect had earlier gone to, were looking for the intruder. He was eventually caught and handed over to the policemen at Badagry Division.

Stella Olowofoyekun, was on Friday, remanded in a correctional centre by a Yaba Chief Magistrates’ Court in Lagos for allegedly stabbing her neighbour to...
Read more

An 18-year-old girl, Victoria Oshioke, has told the heartbreaking tale of how her boyfriend sold her into prostitution for 500,000 cefa (N350,000). Oshioke, who spoke...
Read more

An uncompleted three-storey building has reportedly collapsed at 12 Alasepe Street, off Community Road, Ago Palace Way, Okota in Lagos State. According to reports an...
Read more