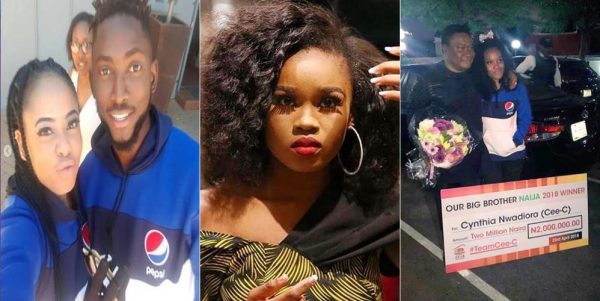 Former Big Brother Naija 2018 housemate, Cee-c who emerged as the ist runner-up has said the pairing of housemates in the reality show was a setup by Biggie.

Cee-c who was paired with fellow housemate Tobi and later paired with Lolu, said the organizers could have paired two girls but they chose to pair a boy and a girl to set up housemates.

Speaking to Africa Magic Tv, Cee-c said, ”I think the pairing thing was a set up, I mean they could have paired two girls but they chose otherwise.

”Relationships started coming up from that, although it helped people loosen up and we easily just connected, I still think it is a set up.”

Speaking on regrets, Cee-c said she does not regret her actions in the house.

”Everything that happened in that house was natural, whatever comes I take it,” she said.