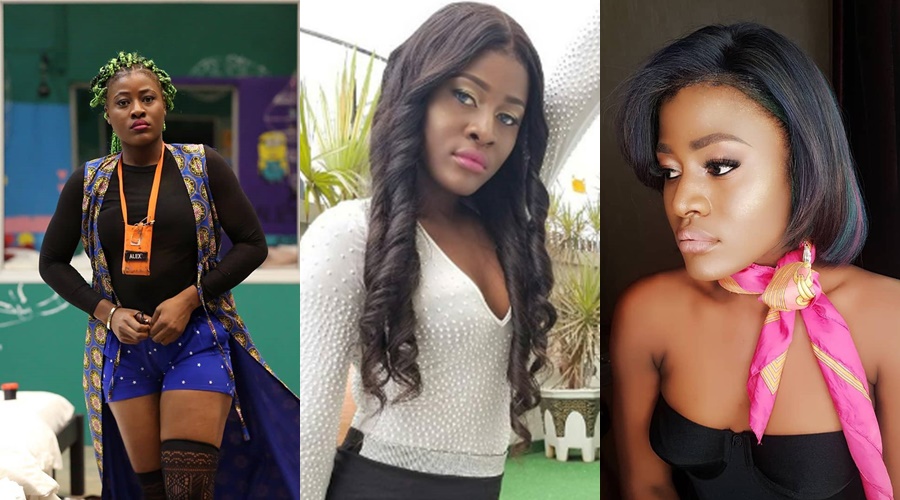 “So Alex your parent are dis riddle in poverty, yet you were forming posh in the house. Bam is posh acting posh. You I never chop (ebina) forming post. Who is the real “FAKE”.SO your mum told you not to bring home man no be man so you spread your legs to catch the well bread male housemates. ”

“I hope you seen pictures of Leo’s girl even Tobi,sons of rich men don’t take trash home to their mama’s they are only dream of men like that so keep dreaming. @alex_unusual make ur so pathetic… and I wish your sisters all you saying to alex.. IDIOT… If you can’t love, don’t hate”

….and she responded thus:

“Like you said, if you can’t love, don’t hate. There was never a plce where it was written that if you are poor, you should only have poor friends. If I am poor and my parents are still able to give me a nice training, I thin I’ll advice others to do same. Being poor doesn’t mean you should have a poor appearance. God blessed me with a good appearance and I’m thankful. Thanks for your insult though.” 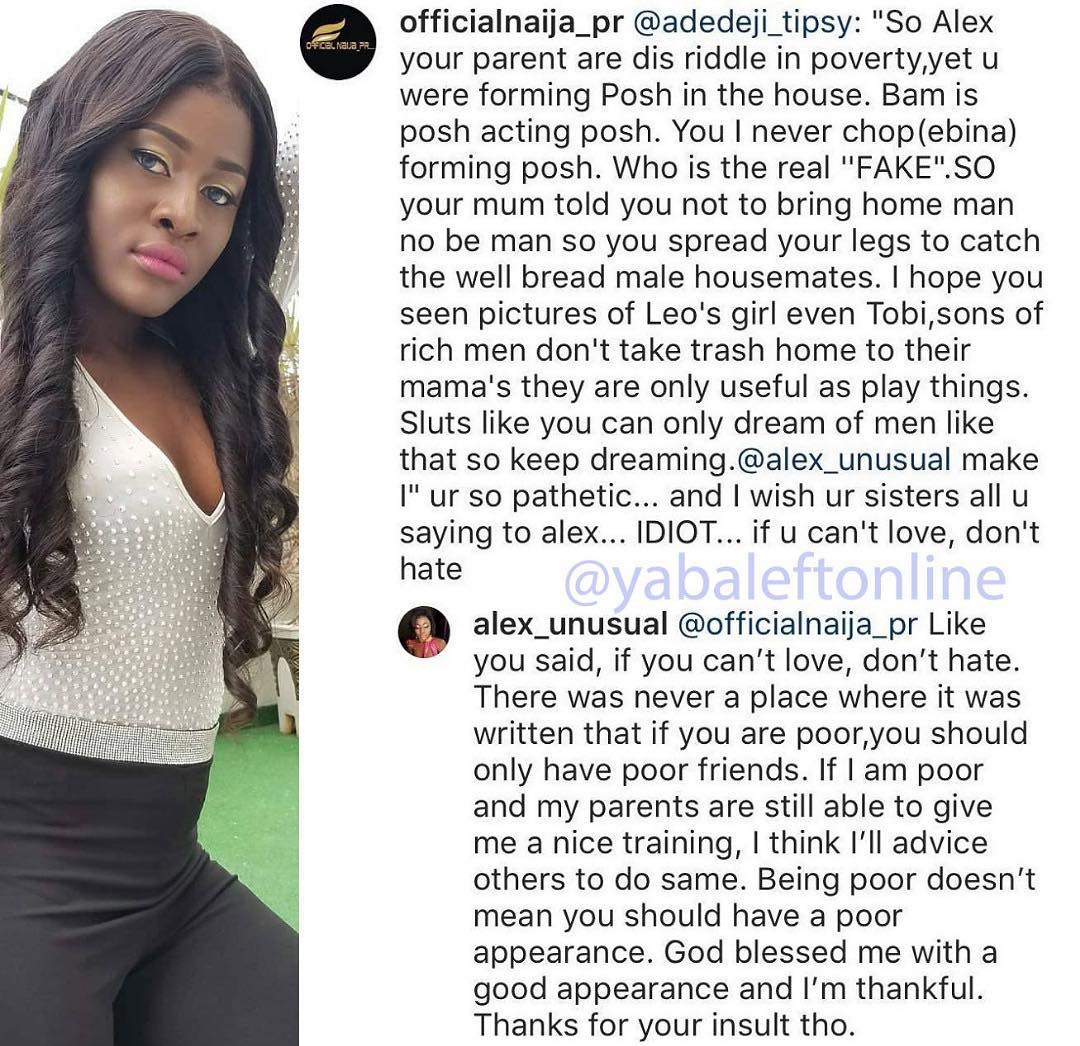 Meanwhile, Alex has revealed that she would prefer to date her first strategic partner Leo, over Tobi.

Alex, who was paired with Leo and Tobi in the just concluded reality show, said she prefers Leo because she loves everything about him.

Speaking to Africa Magic Tv, She said although Tobi is a very caring person, she will sadly pick Leo over him.

”I cannot explain what it is about Leo that I love but I know I love everything about him.

”Tobi is a caring person, he can go all out to do anything as long as he likes you, he is a really nice person.

”There is a lot I like about the both of them but if I am to pick between Leo and Tobi, sadly I will pick Leo over Tobi”