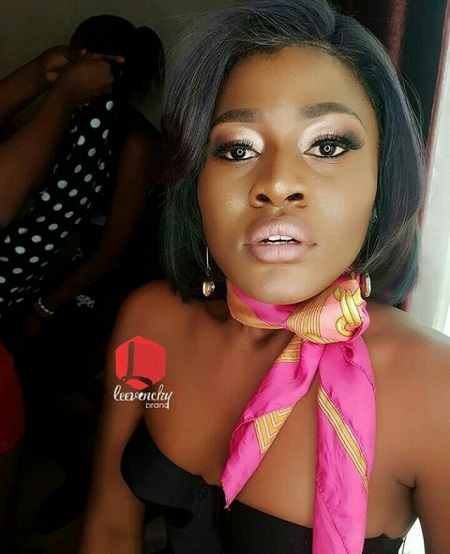 Alex Asogwa, third runner up of the just concluded Big Brother Naija ‘Double Wahala’ has received One million naira for being the ‘most fun housemate’ during the season.

The newsmen reports that the cash prize was donated by Dufil Prima Foods Plc, producers of Minimie chinchin and noodles, one of the sponsors of the show.

It read: “A big shout out to @Alexunusual for being the most fun Housemate in the Big Brother Naija Double Wahala ‘Funometer game’.”

Alex was immediately congratulated by friends and second runner up of the show Tobi Bakre. He wrote on Instagram @Tobibakre, “@Alexunusual with the moolah.”

Alex, who is a student of the University of Nigeria, Nsukka (UNN), garnered acclaimed for her famous dance moves and liveliness during the Saturday night parties in the house.

The dancer and model was fondly described as the ‘life of the party’, along with friends and former housemates Miracle Igbokwe and Tobi Bakre with the acronym ‘TORACLEX’.

The newsmen reports that during the show, Alex won a joint one million Naira with Miracle in the ‘Close-up Challenge’ and Dano Milk ‘Kitchen Revamp’ for her mother.

BBNaija Double Wahala was the third season of the Nigerian version of the reality show Big Brother.

It was launched on Jan. 28, 2018 on DStv channel 198, with 20 housemates from different parts of the country, while ex-housemate, Ebuka Obi-Uchendu from season one anchored.

The third season which ran for the duration of 12 weeks, ended on April 22, as housemate Miracle, a pilot, won the star prize and went away with prizes worth N45 million.