#BBNaija: At The Age Of 5, I Was Molested By Our Own Housemaid – Lolu Reveals In New Video 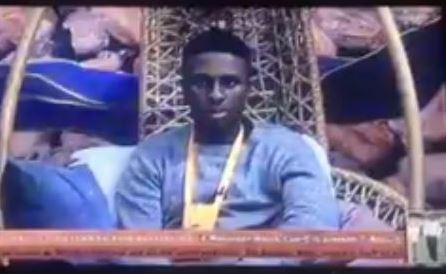 Lolu has made a new revelation about himself during his diary section with Big Brother.

During the conversation with Biggie, Lolu revealed that he was molested at the age of 5 by their housemaid and it went out on for four years.

According to him, the housemaid subjected him to lots of punishments whenever he refused to comply with her orders.


He said he couldn’t report all that was happening to his mother because she had so much she was dealing with at that time. But he disclosed that he only got the courage to speak about it to his younger sister at the age of 21.

Lolu who promised to share more details at his next diary session told Big Brother that he decided to share his story to inspire the confidence of people who are victims of child molestation to come out and speak about it.