Controversial Big Brother Naija Housemate, CeeC has been removed as the Head of house, and had Alex as her replacement.

This is coming after the controversial housemate verbally attacked fellow housemate,Tobi, and challenged him to a fight.

While Tobi had won the highest number of Head of House challenge, Cee-c had won none. This made her the new Head of House.

However, Cee-c’s Wednesday’s fight with Tobi cost her the position as Biggie ordered for new election.

Biggie said ”Housemates, today’s challenge is Teeth task, but you are failing the task already.

”Housemates must now belong to two different groups to complete this task.

With this, Cee-c was stripped off the throne and Alex was chosen as the new Head of House. 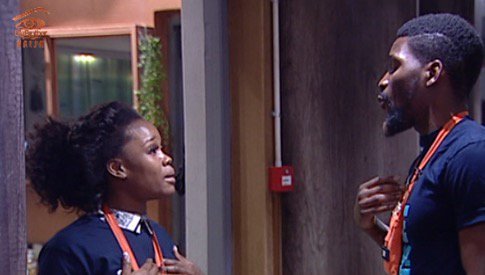 That wasn’t all, Big Brother also issued CeeC with a strike for provocation, while Tobi received a word of advise from Big Brother.

Biggie announced that Cee-c had provoked Tobi with her words. He said Tobi controlled himself by ignoring her, although he could have done better.